RED’s first smartphone is an unusual model that’s expected to have some unusual features including a “holographic display” and support for modular add-ons including special cameras.

Earlier this year RED said the Hydrogen One smartphone would ship to the first customers who had placed pre-orders by April or June. Now the company says it’s more likely we’ll see the first devices ship in August. 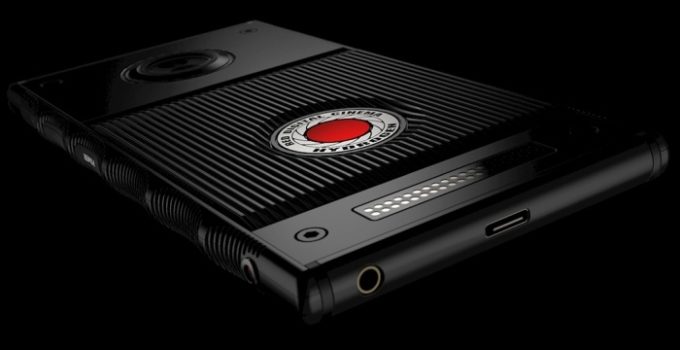 There are a few good reasons for the delay. First, RED notes that it’s taking longer to get wireless carrier certification than anticipated (which is something we regularly hear from companies launching their first smartphones, particularly in the United States). Second, the company has updated the camera system, making it possible to shoot “4V” and process holographic video.

Originally the phone was expected to have a display that could show glasses-free 3D content, but you would have needed an expensive multi-camera module to shoot that content, and you’d have had to offload the video processing to a computer or the cloud.

Now RED says the phone will have 3D cameras on the front and back, allowing you to shoot 4V content without any add-ons. And thanks to software updates, the video is processed in real-time, allowing you to upload immediately after recording or monitor 4V video in real-time. You can even make live video calls in 4V.

The RED Hydrogen One is still expected to ship with a 5.7 inch, 2560 x 1440 pixel display, a Qualcomm Snapdragon 835 processor, a 4,500 mAh battery, stereo speakers, a headphone jack, a USB Type-C port, and support for either a microSD card or dual SIM cards.

Since the company is no longer taking pre-orders, you’ll probably have to wait at least a few more months before you can reserve one though.