The Realme Pad goes on sale in India this month with prices starting at around $190. 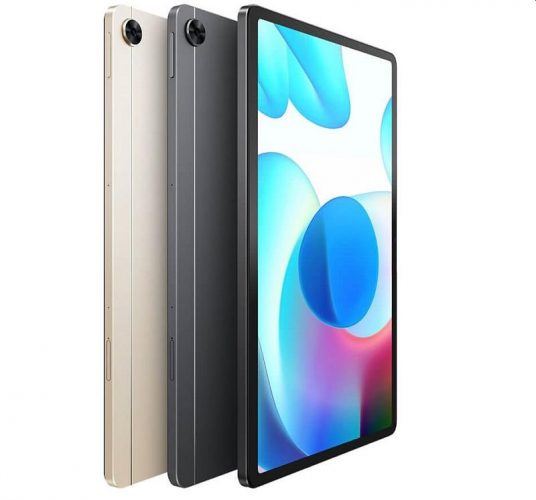 The tablet doesn’t offer features that would drive up the price like NFC, wireless charging, or an IP rating for water resistance. It also uses LPDDR4X RAM and eMMC 5.1 storage rather than newer, faster versions. And the 8MP front and rear cameras are probably best described as better than nothing.

But the Realme Pad does have a 3.5mm headphone jack and microSD card reader in addition to a USB-C port. It supports 18W fast charging and reverse wired charging (allowing you to use the tablet’s 7100 mAh battery to charge your phone on the go, for example.

The tablet ships with Android 11 and the Realme user interface.

Realme will offer the tablet in grey and gold color options, with prices ranging from about $190 to $245:

It’s unclear if or when the Realme Pad will be available outside of India, but xda-developers’ Mishaal Rahman apparently received a demo unit of a model with 6GB of RAM, 128GB of storage and stock Android software, suggesting that other configurations may be available eventually.

via xda-developers and Tablet Monkeys