Chinese phone maker Realme launched its first Android tablet last year, a budget device called the Realme Pad. Last month the company followed up with a smaller, cheaper Realme Pad Mini. And now the company is rounding out its tablet lineup with the Realme Pad X, a new model that’s only a little bigger and more powerful. But it does look like a more versatile tablet.

The Realme Pad X is an 11 inch tablet with a Qualcomm Snapdragon 695 processor, support for up to 6GB of RAM and 128GB of storage, and support for 4G LTE on some models. It’s also the first Realme tablet to support pen input. 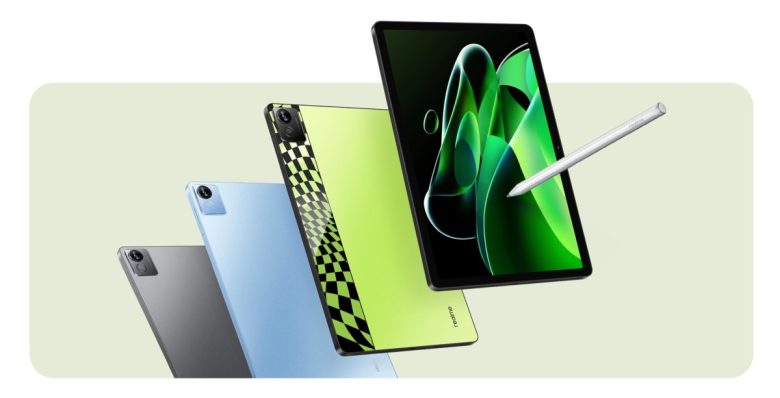 Realme says optional accessories for the Realme Pad X include a smart keyboard and a Realme Stylus, with support for 4096 levels of pressure sensitivity and magnetic charging, allowing you to charge the tablet just by clicking it in place along the top of the tablet when you’re not using it.

The tablet and keyboard are both sold separately and aren’t included in the price of the tablet, which is up for pre-order in China for around $190 to $240, and it will be available in that country starting May 31, 2022.

In most ways, it’s a step up from the original Realme Pad… except the new model seems to lose the headphone jack and only accepts microSD cards up to 512GB for some reason, while other models in the series can handle 1TB cards.

I’ve listed prices for some of the regions where the tablets are officially sold. But if you’re looking to have one shipped to the US, that might be a possibility eventually. Banggood already sells the original Realme Pad internationally for around $240 and up.

via GizmoChina and MySmartPrice