After launching its first Android tablet last year, budget phone maker Realme is following up with a new model that’s smaller and cheaper, but which should offer comparable performance.

The new Realme Pad Mini is an 8.7 inch tablet with a Unisoc T616 octa-core processor and support for up to 4GB of RAM and 64GB of storage, plus optional support for 4G LTE. 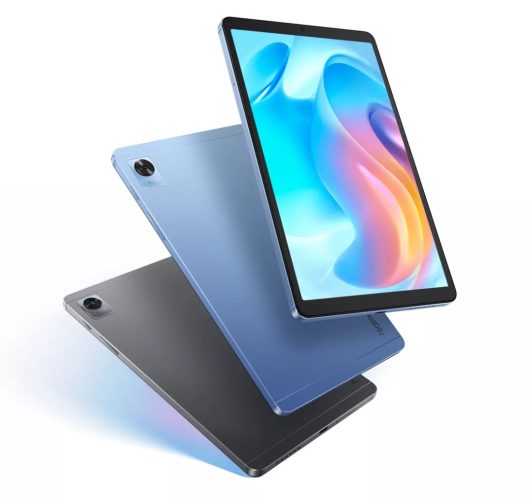 The tablet goes on sale in the Philippines April 5th with prices starting at PH9,990 (about $195) for a model with 3GB of RAM and 32GB of storage.

Weighing 13 ounces and featuring a 1340 x 800 pixel display, the tablet looks a lot like Samsung’s Galaxy Tab A7 Lite, although it’s unclear if those two devices will compete head-to-head, as Realme tends to do much of its business in India, although it also has a presence in other markets in Europe and Asia.

As a budget device, it’s probably best not to expect too much of this tablet. The cameras are underwhelming, for example, and the Realme Pad Mini has an HD display rather than full HD or higher resolution. But with stereo speakers and a compact design that should be easy to hold in one hand, it could make a good device for reading the news or social media, watching videos, or some light gaming.

via @Realme_PH, Abhishek Yadav and Beebom