The Realme 4K Smart Google TV Stick is a dongle that plugs into the HDMI port of your TV to let you stream media using the Google TV user interface. After launching in India last month, the Realme 4K TV Stick is now available worldwide for about $45 and up.

The TV stick is available from Banggood and there are also a few different listings for a “global version” of the Realme 4K TV Stick on AliExpress, although I’m inclined to put the most trust the one that lists the specs correctly and offers AC adapters for US, EU, UK, and AU regions. 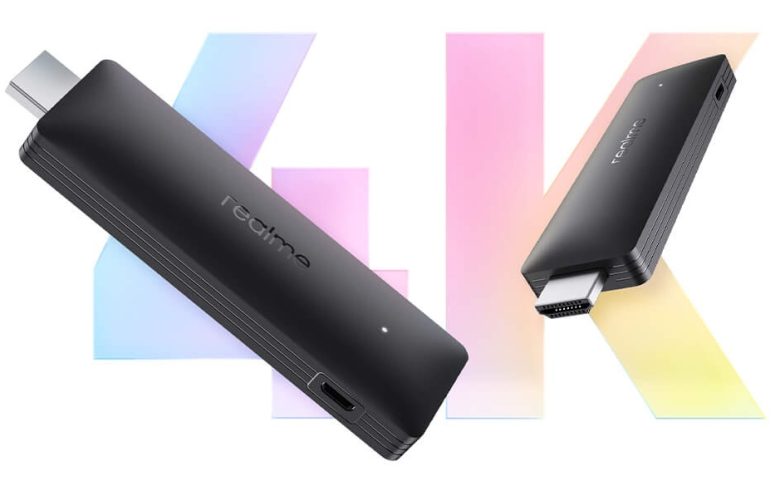 There’s an HDMI 2.1 connector on one end for plugging directly into the HDMI input on your TV, and a micro USB port for connecting a power adapter.

The device features WiFi and and Bluetooth 5.0 support and it comes with a Bluetooth remote control featuring dedicated Netflix, Amazon Prime Video, YouTube, and YouTube Music buttons plus a Google Assistant button that you can press for voice controls.

Overall the Realme Smart Google TV Stick looks like it would be pretty attractive if it launched a year or two ago… but today it has to compete with the similarly-specced, similarly-priced Google Chromecast with Google TV that has an older, but at least as powerful processor.

That’s not to mention cheaper 4K media streamers from Walmart, Amazon, and Roku.