A company called Polymer Vision was showing off a concept for an eBook reader called the Readius with a flexible display a few years ago before the company lost all funding. But now Readius is back on track… sort of. 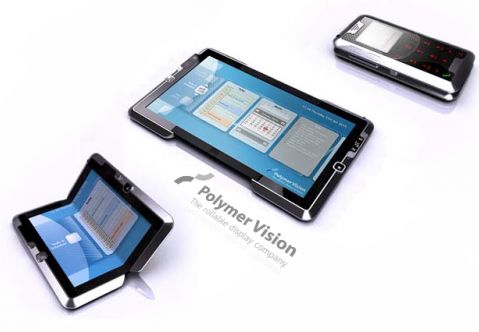 The Digital Reader reports that Polymer Vision was acquired by Wistron and the company is continuing to develop the Readius concept.

It’s not a real product just yet, but the company is starting to show an artist rendering of a new Readius device. It looks like the company is moving beyond the eBook reader roots of the project, but sticking with the flexible display concept.

Instead of an E Ink screen that folds up to let you put the device in the pocket, the design now shows a full color display which folds up into a smartphone-sized package. In fact, it looks like the new Readius might actually be a cellphone, with a dialer and tiny screen on one side.

The concept will require some pretty good flexible display technology, so my guess is we’re still at least a year or two away from anything like this being produced — and probably even further away from it being produced cheaply. But as concepts go, it’s pretty exciting.

Update: It looks like the Readius will never see the light of day.