RCA is launching four new tablets at the Consumer Electronics Show. The cheapest is a $50 Android tablet with a 7 inch display called the RCA Voyager III. The biggest is basically a 17.3 inch all-in-one desktop with Android called the RCA Horizon 17. It’s expected to sell for under $400.

There are also two 12.2 inch tablets with detachable keyboards. One is a $250 model with Android software and the other is a $450 Windows version. 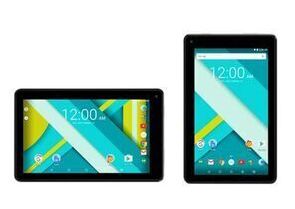 RCA hasn’t shared many other details, but the tablet has front and rear cameras and features the Google Play Store.

With a $50 price tag, this model seems set to take on other budget tablets like the entry-level Amazon Fire and B&N NOOK 7″ tablet. But there’s not exactly a shortage of cheap Android tablets these days.

What’s a bit more rare are all-in-one, touchscreen tablets which can basically function as desktop computers. While the RCA Horizon 17 isn’t exactly the first device in this space, the market isn’t exactly crowded.

Powered by an unspecified quad-core processor, this tablet has an HD screen, 2GB of RAM, 64GB of storage, a 5MP rear camera, and a 2MP front camera. 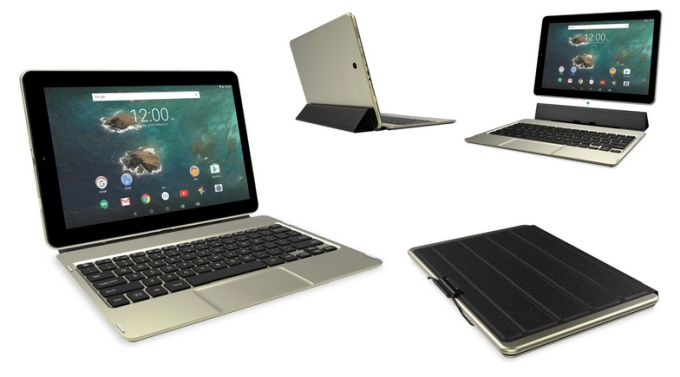 RCA will ship the $250 tablet with a Folio case featuring a keyboard and touchpad. And the company says you should get up to 8 hours of battery life from the 12 inch Android tablet.

This $450 version has an Intel Pentium processor, 4GB of RAM, 128GB of storage, and Windows 10 software. 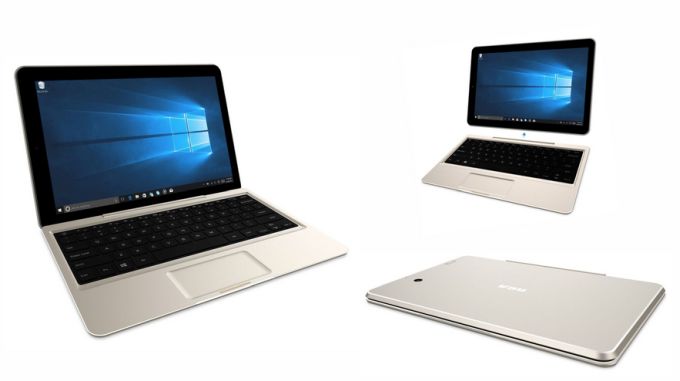 RCA says it should get up to 10 hours of battery life, basically making this a more powerful machine than the Android version in every way… except one. It has 2MP cameras on both the front and back.