As expected, gaming company Razer is launching its first smartphone. While there are plenty of great phones with speedy processors and high-resolution displays on the market, the Razer Phone has a few special features that help it stand out. 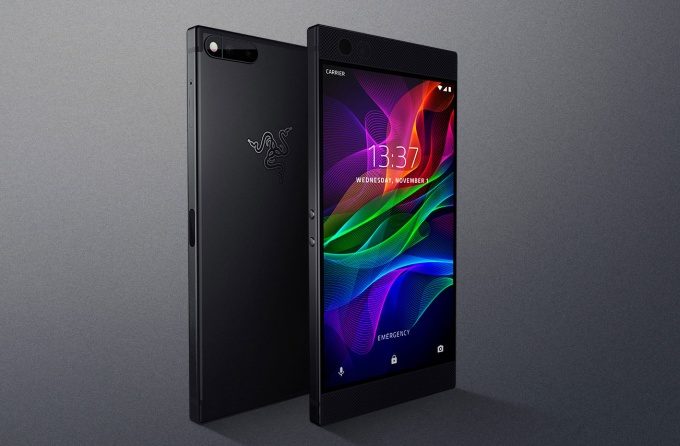 On paper it looks like a pretty great phone for folks that need a high-performance mobile device… especially given that it’ll sell for $700 when it hits the streets on November 17, at a time when rivals are charging as much as $1000 for their top-tier phones.

In practice though, this is the first phone from Razer… unless you count the Robin, which was a mid-range phone produced by Nextbit in 2015, before Razer acquired that company earlier this year. So it’ll probably be worth keeping an eye out for real-world reviews of the phones to see if it lives up to its promise. 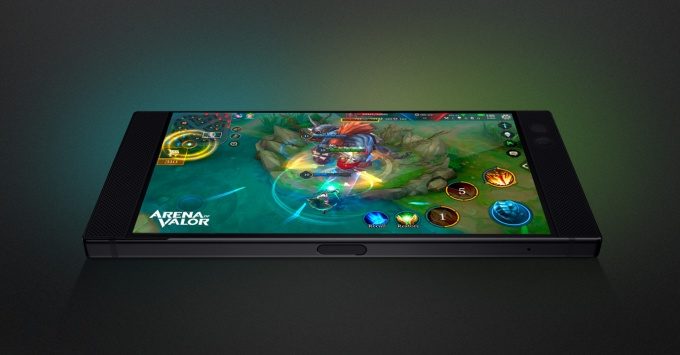 The Razer Phone has most of the features you’d expect from a high-end phone in 2017, including a Qualcomm Snapdragon 835 processor, 64GB of UFS storage plus a microSD card slot, stereo speakers, and dual rear cameras. 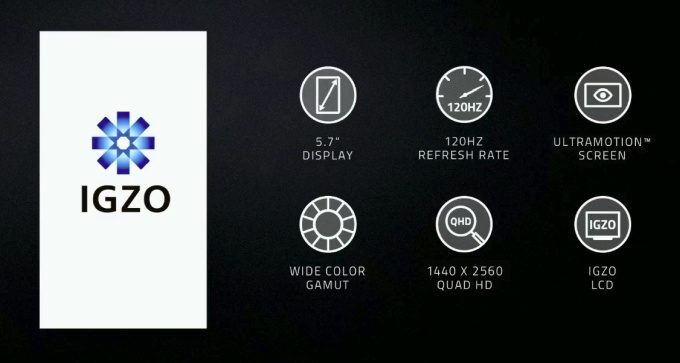 But the phone also has a few special features. It’s 2560 x 1440 pixel screen is a 5.72 inch IGZO display with a 120 Hz screen refresh rate and wide color gamut. Each speaker has its own dedicated amplifier and the phone supports Dolby Atmos audio certified by THX. 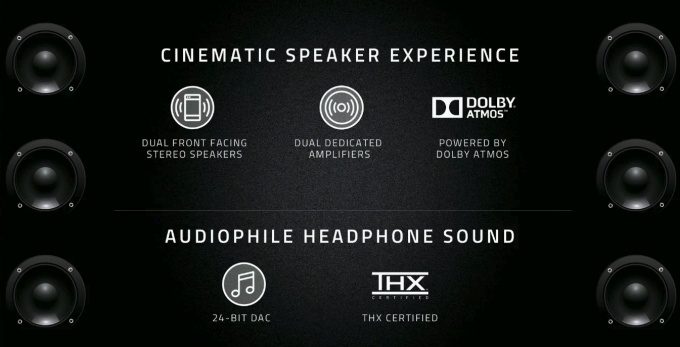 The phone also supports Qualcomm Quick Charge 4+ technology which lets you go from 0 to 85 percent charge in one hour.

The Razer Phone’s rear cameras each have 12MP sensors, but one has a telephoto lens, while the other has a wide angle lens, allowing you to capture a variety of different types of shots. 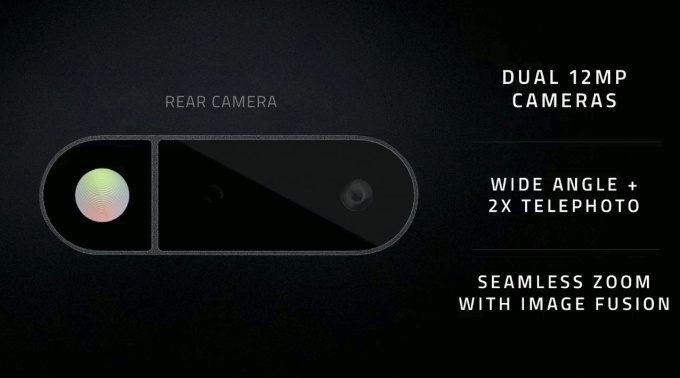 While this isn’t technically the first phone with a 120 Hz screen (Sharp’s been selling some for years), Razer says its phone is the first with a 120 Hz “Ultramotion” display, which means it includes Razer’s new G-Sync like technology which synchronizes the phone’s GPU and display for optimal performance and battery life. 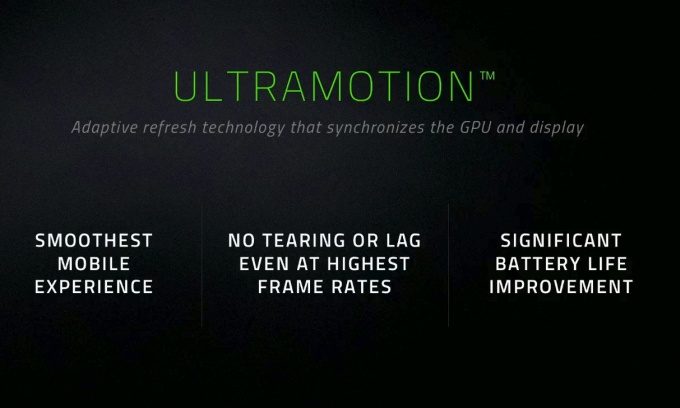 At this point you probably don’t need a phone with a 120 Hz display or Dolby Atmos sound to play most Android games. But those features could pave the way for a next-gen gaming experience, and they could certainly be useful for using the phone with a virtual reality headset. Razer says it’s also already working with game developers to get them to offer mobile games that offer higher frame rates to take advantage of the phone’s screen.

The phone has a design that’s more than a little reminiscent of the Nextbit Robin if you outfitted that phone with a bigger screen and speakers that are said to be among the loudest on a smartphone.

The bezels are a bit large by 2017 standards, but you need something to hold onto while playing mobile games, I guess.

Oh, and there are a few things the phone does not have: a headphone jack, waterproof design, or wireless charging. The phone does have a 24-bit DAC that comes into play if you do plug in USB headphones though. 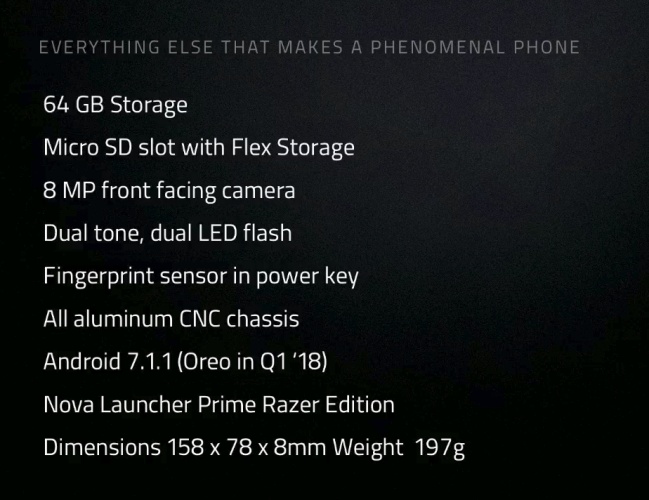 Other features include 802.11ac WIFi, Bluetooth 4.2, NFC, and support for GSM networks (including AT&T and T-Mobile in the United States).

The Razer Phone will ship with Android Nougat software, but an Android Oreo update is coming in early 2018. And the phone features near stock Android software, plus a special version of the popular Nova Launcher for its home screen and app launcher.

You can reserve the phone at the Razer website, and Razer is also showing some of the first accessories including a basic case, a rugged case, and Bluetooth earbuds.