Bluetooth headphones are convenient alternatives to wired options — especially if you’re using a newfangled smartphone that lacks a headphone jack. But there are some downsides. The batteries never run out on most old-school headphones, and I don’t typically worry about audio and video going out of sync when using a wired connection.

Razer’s new Hammerhead True Wireless Earbuds may not help much on the battery side of things — Razer is only promising 3 hours of run time. But the company does say its earbuds will practically eliminate audio latency issues while gaming or watching videos.

The new truly wireless earbuds are available now for $100. 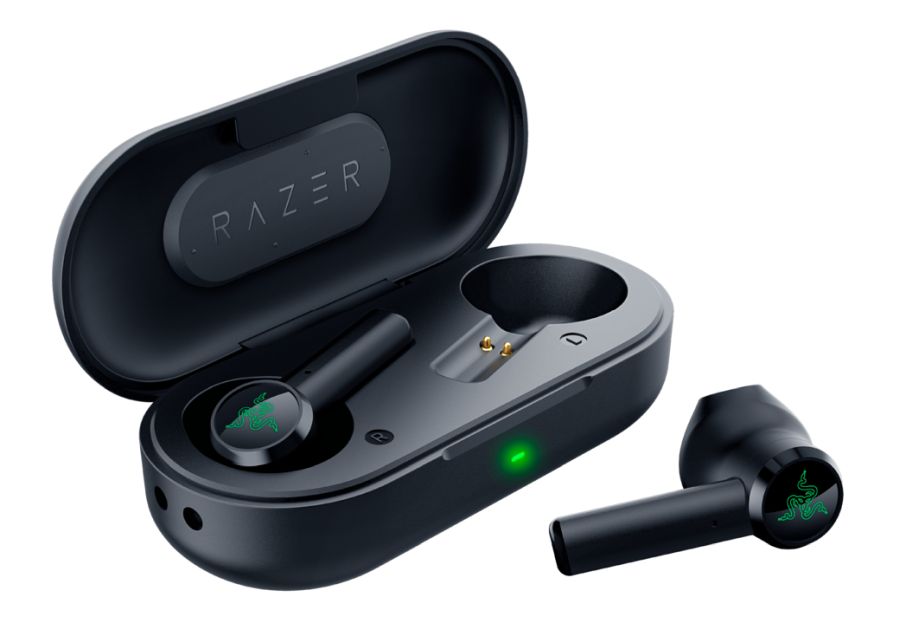 While that price isn’t exactly cheap, it makes Razer’s new earbuds competitive with Amazon’s Echo Buds ($130) and Apple’s AirPods ($159 and up).

What sets Razer’s entry into the truly wireless earbud space apart is a “customized Bluetooth 5.0” connection that Razer says reduces audio latency to 60ms so that you’re unlikely to notice much lag… if the earbuds work as they’re supposed to. The Verge reports that in a brief test, the low-latency feature seemed to work… sometimes.

You can touch the earbuds to control music playback and calls, or to activate a voice assistant.

Razer’s earbuds come with a charging case that gives you up to 4 charges on the go before you need to recharge the case with a USB-C cable.

The new earbuds should be compatible with any device that supports Bluetooth audio, and they join Razer’s existing line of smartphone-ready earbuds, which include the $100 Razer HammerHead BT and $80 Hammerhead USB-C earbuds.