Gaming hardware company Razer is getting ready to launch its second smartphone and if the latest leak is to be believed it looks… a lot like the company’s first smartphone.

Razer launched its first smartphone almost a year ago, after acquiring phone maker Nextbit earlier in 2017. The original Razer Phone looked a lot like a Nextbit Robin on the outside, but under the hood it had flagship-level specs and a few features that helped justify Razer’s decision to call it a gaming phone, including a big battery and a display with a 120 Hz refresh rate.

Now the Razer Phone 2 is on the way and, according to an image released by Evan Blass, it looks pretty similar. But there are two cameras on the back of the phone instead of one, and the logo lights up. 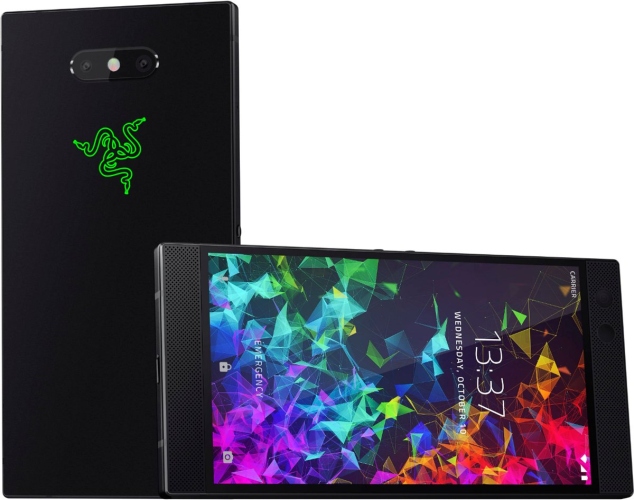 Earlier this month Roland Quandt had indicated that the Razer Phone 2 would have some sort of the company’s “Chroma” LED lighting effects, allowing the phone to light up when notifications are received.

Now Blass has confirmed that the Razer logo on the back of the phone can light up.

Quandt also says the phone will feature a Qualcomm Snapdragon 845 processor, but there’s no word on the price or other specifications yet.

The new picture does seem to show a phone with stereo front-facing speakers in the top and bottom bezels, just like those found in last year’s model. Razer doesn’t seem to be ready to jump on the bezel-free/notch bandwagon.

There’s also a USB Type-C port on the bottom of the phone an no sign of a headphone jack.