It’s been nearly a year since gaming accessory company Razer unveiled an early prototype of its first wearable. Now the Razer Nabu smartband is ready to hit the streets.

Razer says the Nabu will be available for purchase in North America starting December 2nd. 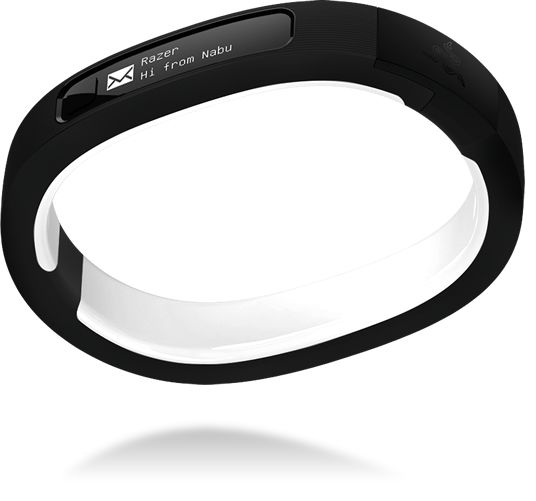 The Razer Nabu is a wristband which can display notifications from your phone, act as a fitness tracker, and support social features through band-to-band communications.

For instance, you can connect to another user on Facebook, Twitter, or other social networks by giving that person a high five in the real world.

The Nabu has a 128 x 32 pixel OLED display which is on the bottom of the band — so other people won’t typically be able to see your notifications, but you can check them out with a glance at your wrist.

The device has a battery good for up to a week of run time, an IP54 water resistant case, and a vibration motor for notifications.  There are Android and iOS companion apps that let you customize notification, vibration, and display settings, among other things.