Apparently people are willing to pay higher-than-iPad prices for a tablet… as long as it’s a tablet that’s truly different from anything else on the market. Gaming hardware company Razer has announced that pre-orders of the Razer Edge Pro gaming tablet have been strong… maybe too strong.

The company is pausing pre-orders of the $1300 tablet temporarily because the company has already collected so many orders it could take months for some buyers to get their hands on the tablet.

You can still pre-order a cheaper $1000 Razer Edge tablet, but supplies of that model are limited too. 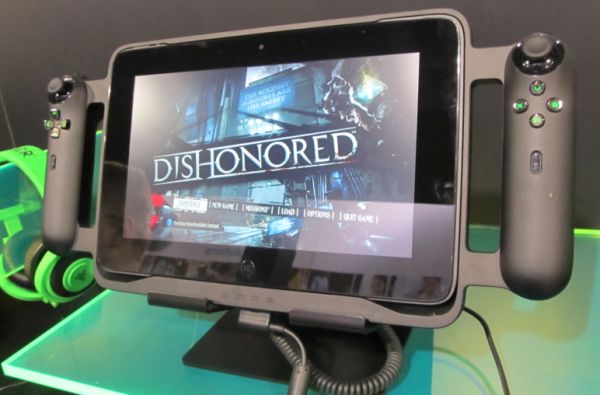 In a post on Facebook, Razer’s Min-Liang Tan says the company is sold out of stock for months to come and is doing what it can to produce more units.

It runs Windows 8 and can handle games optimized for touch as well as classic PC games which you can control using an optional keyboard or GamePad controllers which can be latched onto the tablet.

The cheaper $1000 Razer Edge has a 1.7 GHz Intel Core i5 processor, 4GB of RAM, and a 64GB solid state disk, but the rest of the specs are pretty much the same.

Neither model is quite as powerful as a state-of-the-art desktop gaming rig, but the Razer tablets can handle most modern PC games if you set the graphics quality to medium settings. They also don’t get the same kind of battery life you’d expect from some other tablets, topping out at just about 90 minutes of run time during heavy-duty gaming sessions (unless you spring for an extra battery).

But apparently there are enough gamers interested in a true PC gaming experience on the go to keep Razer on edge… while the company hasn’t actually said how many units are expected to hit the streets in the coming months, it looks like the company may have underestimated demand for its gaming tablets.