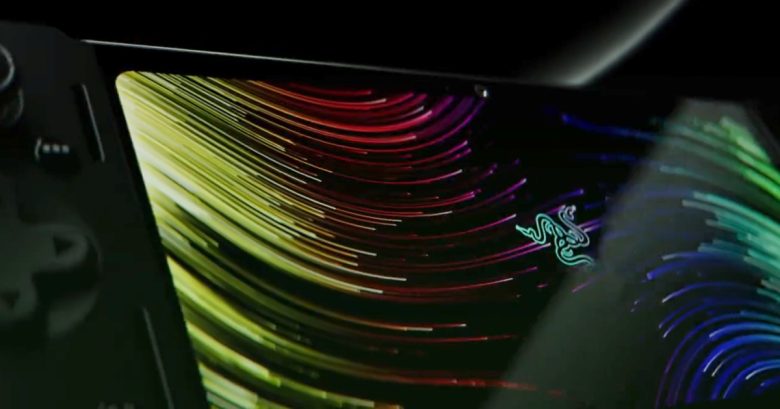 Verizon teased the upcoming handheld during the company’s keynote at Mobile World Congress in Las Vegas today. Detailed specs weren’t announced yet, and officially you have to wait until RazerCon on October 15th to find out more.

Unofficially though, we can make a pretty good educated guess. That’s because Razer and Qualcomm announced a hardware development kit and reference design for handheld game systems with Snapdragon G3X Gen 1 chips in December, 2022.

While it’s possible that some features have been changed since then, at the time the dev kit featured a 6.65 inch FHD+ OLED HDR display with a 120 Hz refresh rate, quad speakers, a 5MP webcam with dual microphones, and support for WiFi 6E as well as 5G mmWave and sub-6 GHz.

A short teaser video does appear to show a similar design, but the controller and speaker position for the Razer Edge 5G don’t appear to be identical to the dev kit, so it’s possible that Razer’s new handheld won’t look exactly like the reference design.

BREAKING: @Verizon, @Razer and @Qualcomm are teaming up on the world’s first 5G mobile gaming handheld—Razer Edge 5G! It will allow you to play your favorite games regardless of whether you are gaming in the cloud, on an app or streaming from your console. https://t.co/TYPw5xFyeF pic.twitter.com/F9Vg3CfABl

Some recent GeekBench listings also suggest that the Razer Edge 5G could have 8GB of RAM and ship with Android 12 software, although those details are also subject to change.

Fun fact: This is not the first time Razer has used the Razer Edge name for a handheld gaming device. The company introduced a short-lived Razer Edge gaming tablet in 2013.

It featured a 10 inch display, a detachable game controller, and an Intel Ivy Bridge processor and NVIDIA GT640M graphics and had a high price tag and lousy battery life. No wonder it took Razer so long to use the name again for another product.