Gaming PCs tend to have a certain aesthetic that’s usually sci-fi inspired. While different companies have different approaches ranging from sharp angles to a more organic look and feel, most gaming laptops have one thing in common: they come in black.

It looks like this could be the year that changes. Dell’s new Alienware Area-51M comes in a choice of black or white color options. And Razer has just launched a limited edition of its Blade Stealth laptop that comes in pink.

To be fair, the Razer Blade Stealth is an ultraportable laptop that’s only really a gaming machine if you’re either happy with a relatively low-power discrete GPU or if you plan to plug in an external graphics dock. But still, Razer is first and foremost a gaming company, so I think it’s safe to call this a gaming laptop.

And with that in mind, it’s got to be one of the first to come in pink.

Razer says the Quartz Pink version of the Razer Blade Stealth is a limited edition model that will go on sale in the US, Canada, and China starting January 29th.

The Razer Blade Stealth Quartz Pink edition will only be available for an unspecified “limited time,” but it’s not the only pink item Razer is introducing: the company is also adding Quartz Pink options for a whole bunch of accessories including a gaming mouse, keyboard, mic, and headset. 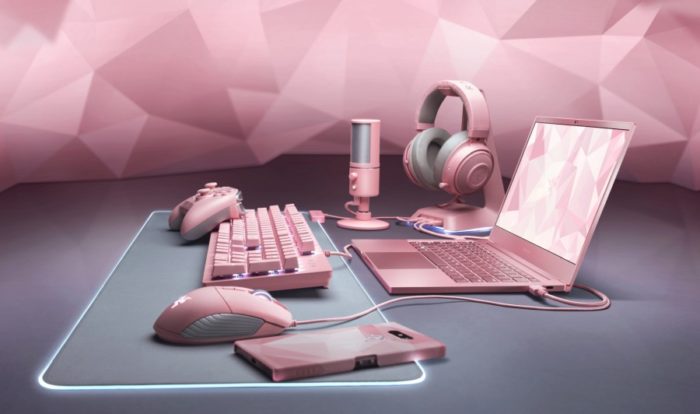