Gaming hardware company Razer says its new Razer Blade 14 is the world’s most powerful gaming laptop with a 14 inch display and, while we’ll probably need to wait for third-party reviews to confirm that, a glance at the spec sheet sure looks promising. 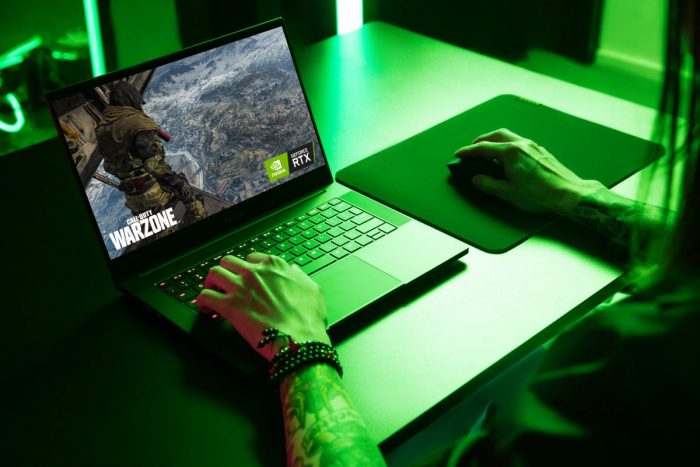 The notebook supports up to a 100-watt NVIDIA GeForce RTX 3080 GPU. And with an AMD Ryzen 9 5900HX processor, it’s also Razer’s first laptop to sport an AMD Ryzen processor.

All models in the series are powered by AMD’s 8-core, 16-thread processor with support for boost clock speeds up to 4.6 GHz, and all configurations available so far feature 16GB of RAM and a 1TB SSSD.

The laptop has an all-aluminum body with a matte black finish, and in order to keep the system running at acceptable temperatures, Razer’s 14 inch laptop has two low-profile fans and a vapor chamber.

One thing the laptop doesn’t have? Thunderbolt ports. While even many budget laptops with 11th-gen Intel Core processors have Thunderbolt 4 ports these days, the technology remains elusive on AMD machines.

Razer is also now selling a USB wall charger using Gallium Nitride technology. It features two USB-C ports and two USB-A ports and can output up to a combined 130W between them, allowing you to charge a laptop, phone, and other accessories all at the same time.

The company says it will also begin selling its resuable, high-tech face mask later this year. .

Project Hazel was first unveiled as a concept device during the Consumer Electronics Show in January, but since then the company has committed to making the face mask into a real product, complete with RGB lighting effects.

Razer says quantities will be limited, so the company will offer sales by “drops,” with the first drop coming at the beginning of the fourth quarter of 2021.