Looking for a small, cheap, low-power media center for your living room? Soon you may be able to pick up a $35 Raspberry Pi computer and install a custom version of the popular XBMC media center application with minimal fuss. 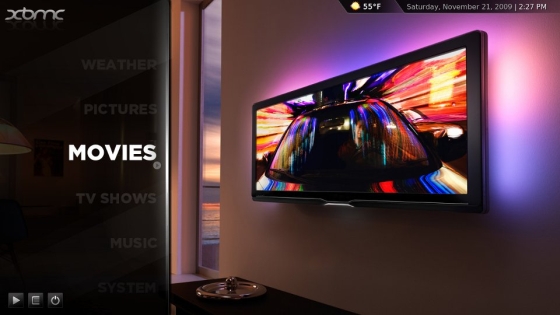 The Raspberry Pi is a tiny computer with an ARM-based processor designed for educational institutions, hobbyists, or anyone else looking for a really cheap PC. The $35 price doesn’t include a case — just the mainboard, processor, input and output, and Ethernet jacks. But it shouldn’t cost more to outfit the computer with a case that would look good by your TV.

While the Raspberry Pi prioritizes low power consumption over high performance, the system can handle HD video playback and hardware accelerated graphics. We’ve already seen what it looks like when running XBMC, a media center application for handling music, videos, pictures, and more.

Raspbmc will make it possible for anyone to install XBMC on the computer. The developers are building tools that will allow you to install it on the Raspberry Pi using a Windows, Mac, or Linux computer.

The Rasbmc operating system will be based on a custom version of Linux and will include support for streaming files over your home network, decoding 1080p HD video, connecting to Apple AirPlay, or even functioning as a digital video recorder.

The project comes from the developer behind Crystalbuntu — an Ubuntu Linux-based operating system that lets you run XBMC and other software on an Apple TV.