The Raspberry Pi is a tiny computer with a low-power processor and a low price tag. Originally designed to give schools an inexpensive tool for teaching kids to program and use computers, the $35 computer has a cult following among hobbyists who use it for everything from controlling robots to streaming internet video to a TV.

Now it’s easier than ever to turn the little device into a fully functional media center. The developers of the Raspbmc media center software for the Raspberry Pi have released version 1.0. 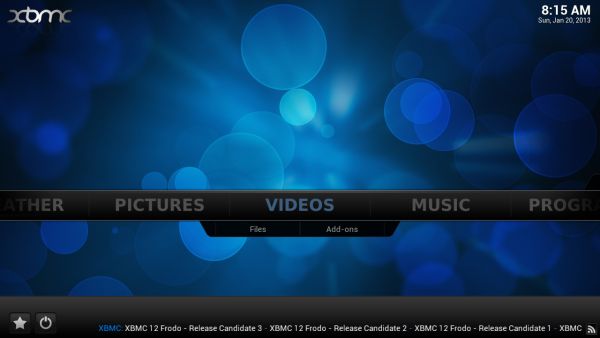 Raspbmc is a Linux-based operating system designed to run the XBMC media application on a Raspberry Pi.

Version 1.0 is based on XBMC 12 and features a support for 1080p HD video playback in a variety of formats (although you have to pay a few bucks to unlock support for MPEG-2 and VC-1 decoding, since the Raspberry Pi foundation keeps costs low by not including those out of the box).

XBMC provides a full-screen user interface for viewing photos, music, or movies on your device or a local network. There are also dozens of plugins that let you stream content from sites such as Amazon, Hulu, Grooveshark, the Internet Archive, or more. In other words, plug a computer running XBMC into your TV, and you’ve got a smart TV.

Raspbmc 1.0 is a stable build which should be able to run on most Raspberry Pi mini-computers without crashing. It also includes improvements such as the ability to detect unstable power supplies and unsafe shutdowns.

If you’re moving from an earlier version of Raspbmc, you’ll have to re-install everything, but you can find the latest downloads and installation instructions at the Raspbmc download page.