The Raspberry Pi is tiny $35 computer with a 700 MHz ARM11 processor and 256MB of RAM. While it won’t run Windows, it can run a variety of Linux-based operating systems including Debian, Fedora, and even Raspbmc — an operating system designed around the XBMC Media Center application.

But the Raspberry Pi’s ARM-based processor isn’t exactly a speed demon, and while those operating systems all run on the computer, they don’t necessarily run very quickly.

Raspbian, on the other hand, is an upcoming operating system that looks like it could run circles around the others. 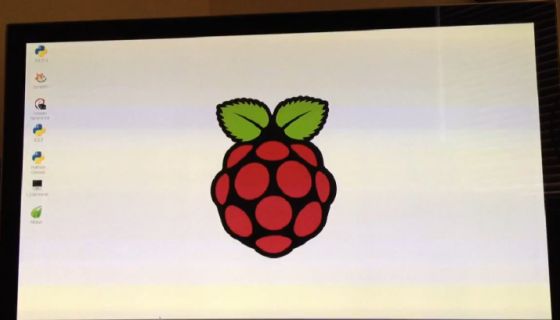 While earlier operating systems released for the Raspberry Pi were basically ported from existing versions, Raspbian is optimized specifically for the tiny computer’s hardware.

The operating system is based on Debian Linux, but it includes support for “hard float” code that takes advantage of the Raspberry Pi’s hardware. That means software that use floating point operations should run much more quickly on Raspbian than they do on existing versions of Debian for the Raspberry Pi.

Update: The first official builds were released in mid-July. You can find them at the Raspberry Pi download page.

If you’re looking for an even bigger performance boost, you can void your warranty by overvolting the Raspberry Pi and increasing the clock speed to 1 GHz.

That’s exactly what Raspberry Pi developer Dom did before shooting this video showing the computer running a web browser.

Even with a processor overclocked to 1 GHz and the Raspbian operating system, the Raspberry Pi isn’t exactly a speed demon. But it’s pretty impressive that a $35 computer runs at all. The fact that it can run a desktop Linux operating system as well as it does is kind of a bonus.

4 replies on “Raspbian: The fastest operating system for the Raspberry Pi”