The Raspberry Pi Foundation launched a new light-weight desktop environment called PIXEL a few months ago. It comes pre-loaded with a variety of popular tools that make it easy to turn the group’s $35 computer into a fully-functional PC.

While PIXEL was originally designed to work with the Raspbian operating system that’s optimized for Raspberry Pi computers, the team has now announced that you don’t need a Raspberry Pi to use PIXEL anymore.

You can download a disc image and run the software on most PCs that ship with Windows or OS X. 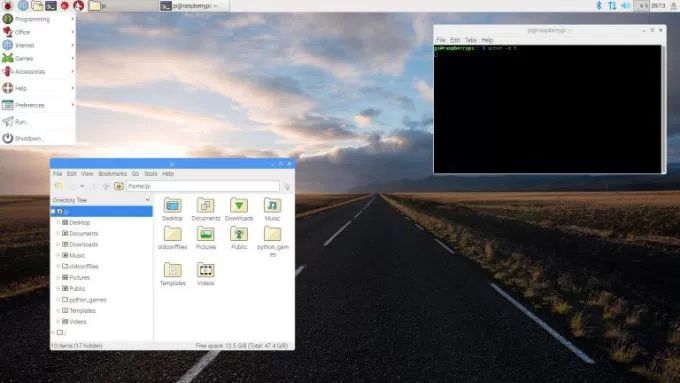 The image includes the PIXEL desktop environment running on top of Debian Linux, and you can burn it to a DVD or USB flash drive, then boot your computer from that removable storage in order to try PIXEL.

The operating system should run on pretty much any computer with that can boot from external media and which has at least 512MB of RAM and an x86 processor (Intel or AMD). But the developers call this release a “prototype,” since it hasn’t been extensively tested on every possible computer configuration.

Although the Raspberry Pi line of computers have ARM-based processors, most GNU/Linux software that runs on that architecture can also run on x86, so the disc image includes almost all the same software available in Raspbian. Wolfram Mathematica and Minecraft are not included though, since the group only has licenses to make those available for Raspberry Pi.

If you have an x86-based computer, there’s no shortage of Linux-based operating systems that you could use. But allowing anyone to run Raspberry Pi-like software on an existing computer has some potential benefits, including the ability for schools or homes to use the same operating systems on multiple devices (including a Raspberry Pi and an old computer).