Back in the days when most of us weren’t already carrying tiny screens in our pockets capable of streaming movies and TV shows from Netflix, Hulu, and YouTube, there was a market for portable DVD players.

You don’t see these portable media players in electronics stores as much as you used to. But if you’ve got an old one lying around there might be a way to put it to good use

Redditor nutsacrilege figured out how to hook up a Raspberry Pi Zero mini-computer a portable DVD player to create a portable Kodi media player. The built-in DVD player still works too. 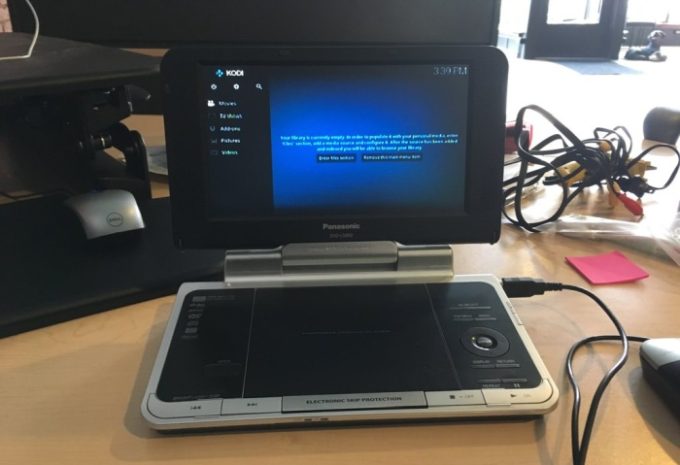 The Raspberry Pi Zero W uses the DVD player’s power and auxiliary ports and an MCP3008 helps assign button presses to various Kodi actions. The modifications also include the addition of a USB hub and a USB sound card.

All told, the project uses about $30 worth of parts… including the Raspberry Pi Zero W computer itself. Add another $40 or $50 to pick up a DVD player from eBay if you don’t already have one. Just keep in mind that while these little device were designed to play DVD videos with resolutions of 720 x 480, some cheaper models only actually have 480 x 272 pixel displays. 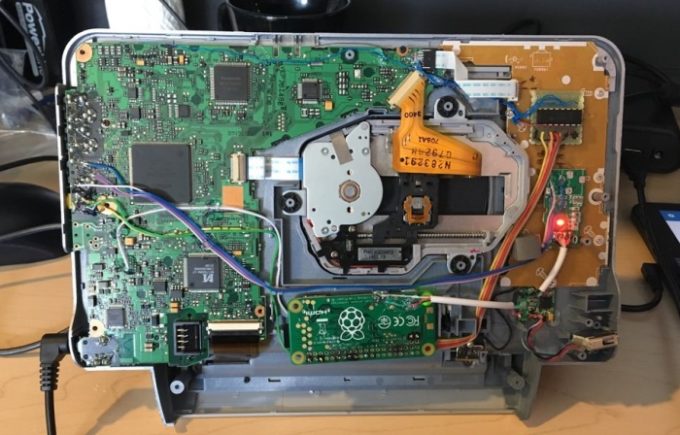 Since the Raspberry Pi Zero W has built-in support for WiFi, you should theoretically be able to stream content from the internet, but nutsacrilege says that didn’t work very well. It is able to play music and movies from a USB flash drive though, and he says he was able to watch 3 movies before he had to stop and charge the battery.

The hacked DVD player/computer also supports Bluetooth for pairing with headphones, keyboards, or other accessories.

Update: Want to try to follow along at home? The person behind the project has posted step-by-step instructions at Instructables. Just keep in mind that you may need to modify a few steps if you have a different brand or model of DVD player.