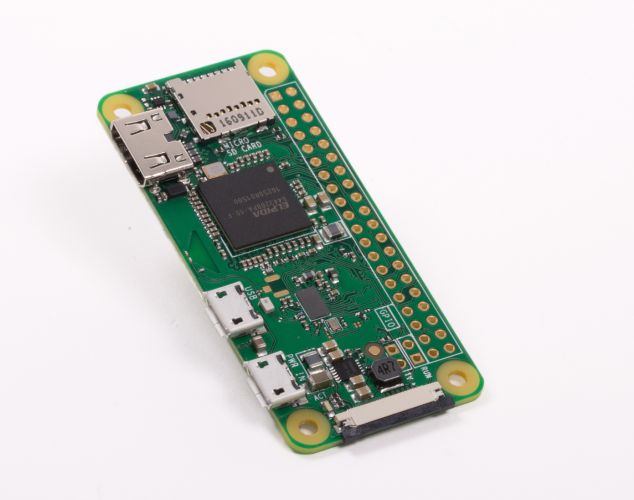 This little computer is launching 5 years to the day after the release of the first Raspberry Pi computer (sort of… the original actually launched on Feb 29th). And the new Zero W features a 1 GHz BCM2835 single-core processor, 512MB of RAM, two micro USB ports (one for power, and one for data), a mini HDMI port, and a HAT-compatible 40-pin header.

It has a CSI camera connector and composite video header. And the Zero W supports 802.11n WiFi and Bluetooth 4.0.

Since the design is almost identical to that of the original Raspberry Pi Zero, most cases and other accessories designed for one should work with the other.

The Raspberry Pi Zero and Zero W are smaller and less powerful than the $35 Raspberry Pi 3. But sometimes that’s exactly what you want, especially if you’re interested in a tiny computer that will power DIY electronics that you’re building. If you’re looking for a system to use as a PC or media streamer, you’re probably better off with a Raspberry Pi 3.