A new bootloader for Raspberry Pi boards has been released for beta testing. It brings one very slick new feature: the ability to install an operating system via your Internet connection. 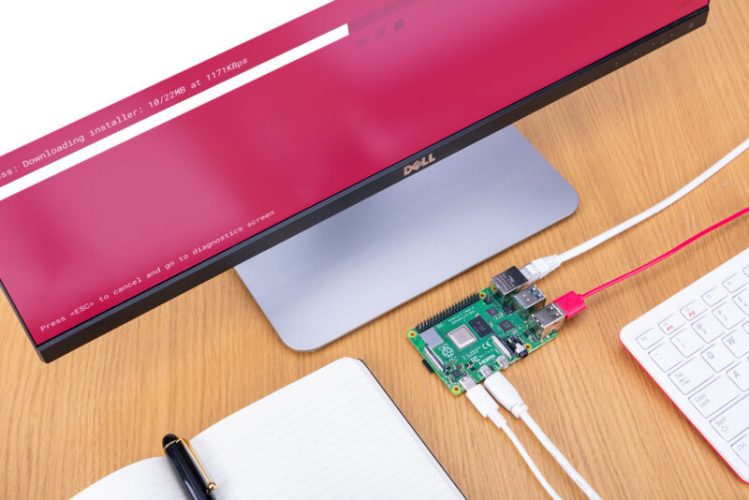 Up until now setting up a Raspberry Pi meant writing an image to an SD card or a USB stick. It’s not a particularly difficult process, but you do need access to a card reader if that’s what you want to boot your fresh OS from.

With the new beta version, the process is similar to any other netboot setup. Once you’ve inserted an SD card and connected your input devices, display, and network cable you simply power up your Raspberry Pi. When the raspberry-colored boot screen appears you’ll be given the option to hold down the shift key to start a network installation.

If you forgot to plug in a network cable, you’ll be prompted to do so. When the Raspberry Pi detects connectivity it’ll begin downloading the imager. At just over 20 megs, it won’t take long to complete on most Internet connections.

Didn’t remember to insert your memory card or plug in a USB disk? The installer will remind you about that, too, and proceed with the installation once it’s able to mount the card or drive.

You can also roll your own network imaging setup by extracting the downloaded files to a TFTP server.

To take the new installer for a spin, just head over to this page on the official Raspberry Pi site and follow the steps. When the imager prompts you to install a bootloader, just choose the beta version and you’re good to go!