Last summer a team of developers designed a media center called the Slice. It’s basically a low-power living room PC which you can use to play videos, listen to music, stream internet media, and more.

Now the first Slice units are ready to ship to backers of the of last year’s Kickstarter crowdfunding campaign. The team had hoped to ship early bird units starting in December, but a 4-month delay isn’t all that uncommon in a Kickstarter campaign. It’s nice to see that the units are shipping at all. 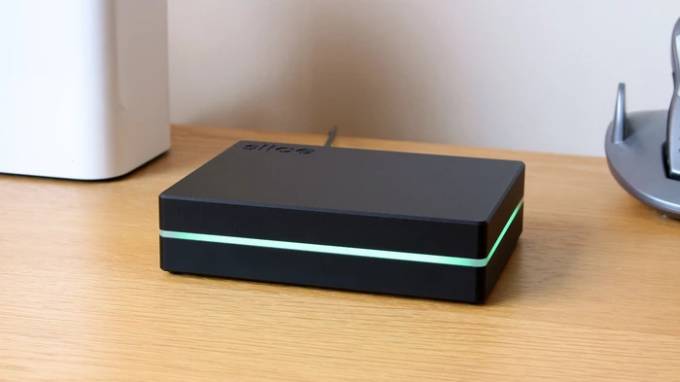 The Slice is designed around the Raspberry Pi Compute Module, and the folks at the Raspberry Pi Foundation say it may be the first Kickstarter-funded project built around that module to begin shipping to backers.

Parts for the first 1,500 units are ready to go and there are also enough supplies to put together another 1,500 if there’s demand for more of the media centers.

There’s room for a 2.5 inch hard drive and some of the more expensive models come with up to 1TB of storage, while all units have 4GB of eMMC flash storage.

The Slice uses XBMC/Kodi media center software to handle media navigation and playback duties and the device comes with a wireless remote control that lets you use the Slice while sitting on a couch.