The Raspberry Pi Pico is a $4 IoT board featuring a low-power RP2040 microcontroller. When the little board first launched about a year and a half ago it featured a micro USB port and GPIO pins, but what it didn’t have were any wireless capabilities. 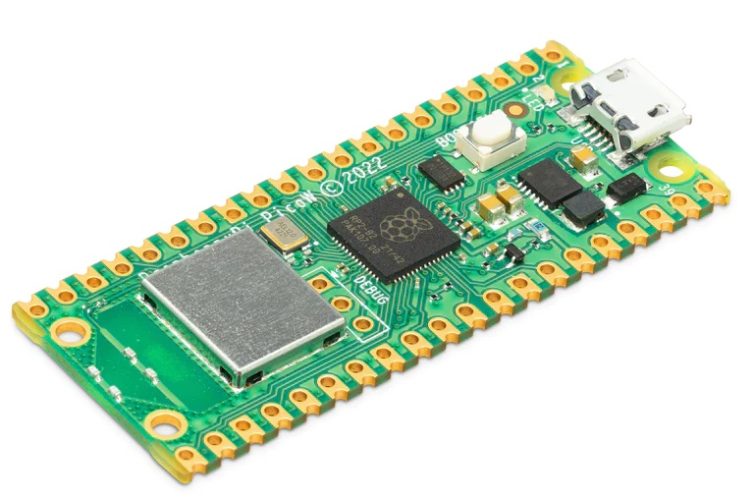 Most other features remain the same, so you’re looking at a board that features:

Wireless capabilities are limited to single-band 2.4 GHz 802.11/b/g/n connections, but that’s still a pretty big step up from the original Raspberry Pi Pico which needed additional hardware to connect to the internet.

Wondering what kind of projects a WiFi-enabled Raspberry Pi Pico is good for? Jeff Geerling explains how he’s using one to build a wireless garage door sensor that can detect when the door is left open. And Tom’s Hardware rounds up some other projects including a network scanner, web server, and a plant monitor that lets you know when it’s time to water your thirsty green friends.

In addition to the new Raspberry Pi Pico W, the folks at Raspberry Pi are also introducing new Pico H and Pico WH models which sell for $5 and $7 respective, and which are basically standard Raspberry Pi Pico or Pico W devices that come with pre-populated headers and a 3-pin debug connector.

The new Pico W ships in July, and it’s up for pre-order from retailers including: