Raspberry Pi has been using 64-bit processors for its tiny, low-cost computers since the organization launched the Raspberry Pi 3 in early 2016. But up until now the official Raspberry Pi OS has been 32-bit only.

Now, after months of beta testing, the folks at Raspberry Pi have released the first official build of Raspberry Pi OS that’s available in either 32-bit or 64-bit versions. 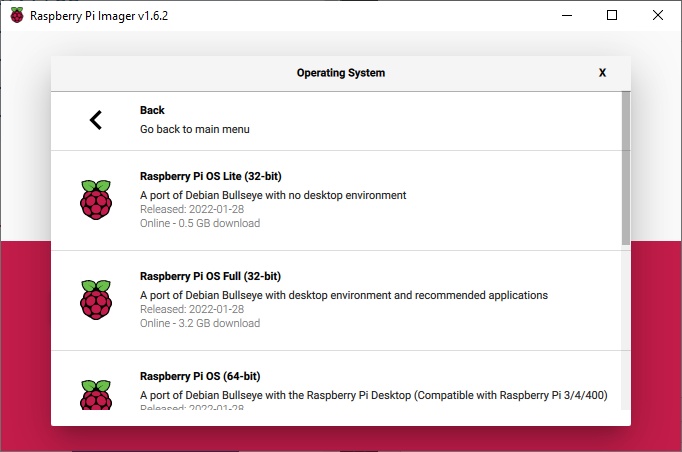 In a blog post, Raspberry Pi’s Gordon Hollingsworth notes that the team stuck with 32-bit for a long time because it was a way to ensure that the same operating system would run on all Raspberry Pi devices going back as far as the first model that was released in 2012 (and which is still being produced today).

With the 64-bit version of Raspberry Pi OS (or other operating systems), that’s no longer a problem.

Another reason to move to a 64-bit OS? Some applications may only be available in 64-bit versions (Hollingsworth notes this is particularly true for closed-source applications, since the nature of open source software is that folks who want to compile a 32-bit build of any application that would normally be 64-bit only are free to do so).

While folks with a Raspberry Pi 3 or newer device were already able to run 64-bit builds of third-party operating systems, now they also have the option of using a 64-bit version of the official Raspberry Pi operating system, which is based on Debian 11 Bullseye and the Linux 5.10 kernel.

You can find instructions for doing that at the Raspberry Pi blog.