The Raspberry Pi Foundation is cutting the price of the Raspberry Pi Model B+ single-board computer. You can now snag one for just $25, which is $10 off the original price.

Sure, the news comes a few months after the team launched the much more powerful Raspberry Pi 2, which sells for $35. But $25 is still a pretty remarkable price for a little computer that can be used as a low-power desktop, a home theater PC, an educational machine, and much more.

It’s available at the new price from MCM Electronics in North America and RS Components in the UK. 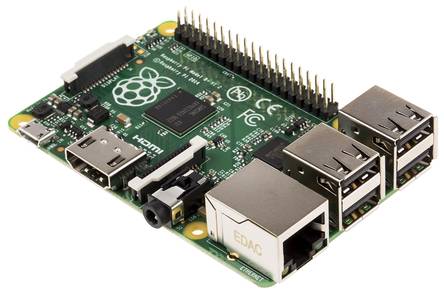 The Raspberry Pi Model B+ features a Broadcom BCM2835 ARM11 processor with VideoCore IV graphics, 512MB of RAM, and a microSD card reader for storage.

It has a 10/100 Ethernet port, four USB 2.0 ports, an HDMI port, composite video port, and a headphone jack as well as a 40-pin GPIO connector and support for a number of operating systems including Debian and Ubuntu Linux or OpenELEC if you want to turn the computer into a media center that runs Kodi.

While the Model B+ isn’t as powerful as the Raspberry Pi 2 (which has twice as much RAM, a quad-core ARM Cortex-A7 CPU, and other improvements), the Raspberry Pi Foundation says it’s continued to sell well even with a $35 price tag. You can probably thank a strong independent development community for that: there’s a lot to be said for a choosing a product that’s already been widely adopted since there’s plenty of support and third-party software for the platform.