The Raspberry Pi Foundation has been producing $35 computers for months. But the plan all along was to go even lower… and now the team has announced that the first Raspberry Pi Model A samples are rolling off the production line.

Early next year the Model A should go on sale for about $25. 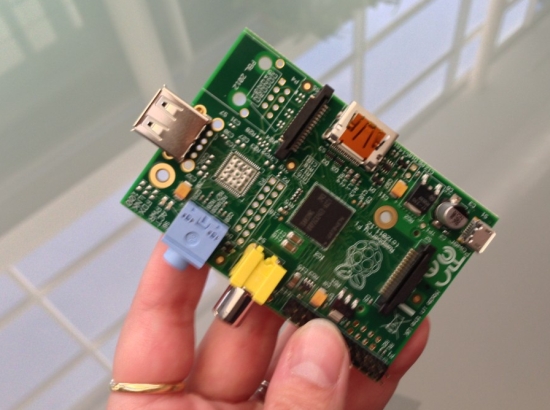 Like the Model B, which sells for $35, the new Model A is a tiny computer about the size of a pack of cards. It features a 700 MHz ARM 11 processor which can be overclocked to run at 1 GHz.

But in order to keep the price lower, the Model A has just 1 USB port instead of 2, it lacks an Ethernet jack, and it features 256MB of RAM while the Model B has 512MB.

If you’re working on an application where internet access isn’t important (or where a USB WiFi adapter makes more sense than Ethernet), and where you can get buy with the limited memory available in this little computer, it looks like you’ll be able to save $10 soon and get one of the cheapest PCs on the planet.

Raspberry Pi computers aren’t exactly full-fledged replacements for a high-priced gaming desktop. But they have enough power to handle HD video playback and basic computing tasks such as web surfing or basic programming.

They were initially developed as a way to get inexpensive computers into the hands of students in the UK, but the project has been wildly popular with hobbyists, and more than 400,000 Model B computers have been shipped to date.

Raspberry Pi devices ship without storage (you use an SD card for that), and don’t even have a case (you can build or buy your own, or just use the device au naturale). It’s capable of running a variety of operating systems, mostly based on Linux.