This summer the Raspberry Pi Foundation launched a redesigned version of the low-cost, low-power mini-computer the team first launched two years earlier. The Model B+ had more USB port than the original Model B, a 40-pin connector instead of 26, and a microSD card reader instead of full-sized.

Now a Model A+ is on the way, with some of the same improvements.

Update: The Raspberry Pi Model A+ is now available for $20 in the US and UK. 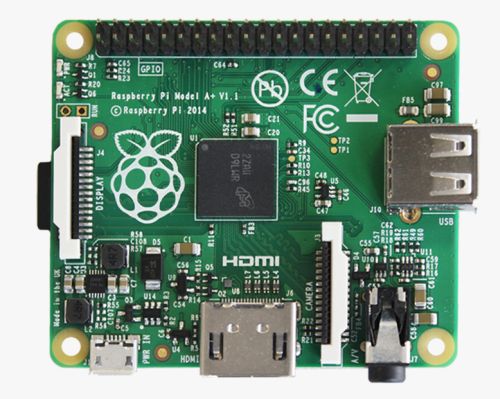 The Model A was basically a cheaper version of the Raspberry Pi Model B with no Ethernet jack and with less RAM.

That’s still somewhat true… but the new Raspberry PI Model A+ has a smaller design and just 1 USB port instead of 4.

But the new model has the same microSD card reader and 40-pin GPIO connector as the Model B+. Other features include a Broadcomm BCM2385 ARM11 processor, 256MB of RAM, and HDMI output. It also has a new audio circuit with a low-noise power supply for improved audio quality.

The new Model A+ is expected to use less power than its predecessor, and the new model should sell for around $20.

The Raspberry Pi Foundation unveiled the Model A+ on November 10th, but it showed up a little earlier in some (now-deleted) product pages over the weekend, where it was spotted by CNX-Software.

One reply on “Raspberry Pi Model A+ has a 40-pin connector, more compact design”