Ever since Apple introduce the first iMac, computer makers have been hiding PCs in monitors, giving the illusion that you’re just plugging a keyboard and mouse into a display. But one hobbyist has taken a different approach, by hiding a computer in a keyboard. Just plug in a mouse and monitor and you’ve got a fully functional PC. 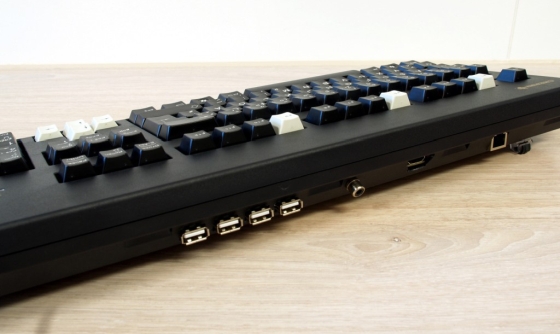 This particular hack combines a $35 Raspberry Pi mini computer and a Cherry G80-3000  (which costs more than twice as much).

The German hacker responsible for this project also hooked up some additional USB ports and made some extenders for the HDMI and Ethernet ports so they could be lined up on the back of the keyboard.

While this isn’t the first time we’ve seen a computer built into a keyboard, it’s a pretty clever, modern take on that idea. 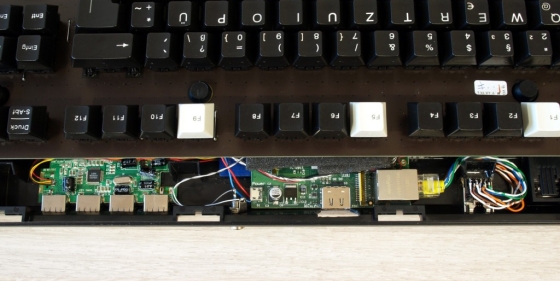 9 replies on “Raspberry Pi mini PC crammed into a keyboard”