It has a faster processor, faster Ethernet for wired connections and faster WiFi for wireless. The foundation says it also has improved thermal management, improved support for booting from a USB storage device, an support for power-over-Ethernet, although that last bit requires a separate piece of hardware.

The new Model B+ is available from a number of stores including Element14, Micro Center, and Adafruit. 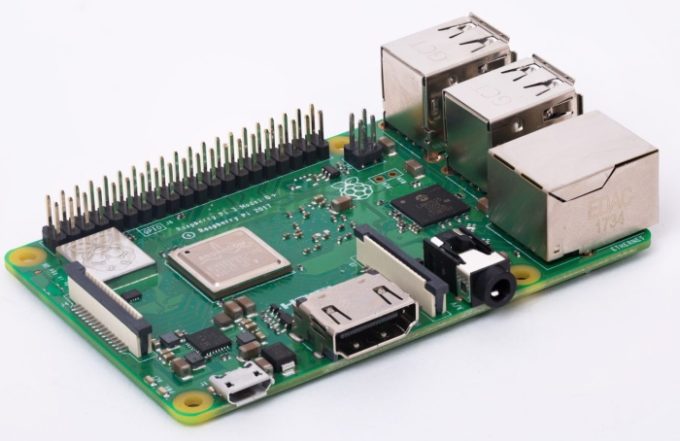 Like its predecessors, the new mini-PC is about the size of a pack of cards and for $35 you get everything you need to get started except for a microSD card (which is used for storage) and a 2.5A micro USB cable and power adapter. In other words, you may have to spend a few more bucks to complete the kit… but you may also already have everything you need just lying around.

Specs for the Raspberry Pi 3 Model B+ include:

Overall, this is a minor update to one of the most popular Raspberry Pi computers to date, which explains why it’s still part of the Raspberry Pi 3 family rather than the start of a new Raspberry Pi 4 lineup.

But with top CPU clock speeds that are 200 MHz faster, an upgrade from 2.4 GHz 802.11n to dual-band 802.11ac WiFi, and support for Ethernet speeds that are about 3 times faster, the new Model B+ does seem like a nice improvement over its 2-year-old predecessor.

I’m not sure if the changes are enough to prompt happy Raspberry Pi 3 customers to upgrade (or if that’s even what the Raspberry Pi Foundation wants), but anyone in the market for a new inexpensive single-board computer will be getting a slightly better machine thanks to the changes.

Eventually the group may replace the $20 Raspberry Pi 1A+ with a Pi 3A+ (with a faster processor), but plans for that upgrade haven’t been finalied yet. And Raspberry Pi says it’s also considering releasing new versions of its Compute Modules with the BCM2837B0 in the future.

As for the new Raspberry Pi 3 Model B+, it’s expected to remain in production until at least January, 2023.