The Raspberry Pi line of devices are cheap, tiny, low-power single-board computers with a handful of ports. The Raspberry Pi Zero are smaller, cheaper mini-computers with even fewer ports. And the Raspberry Pi Compute Module is a tiny, port-free computer that looks like a stick of RAM… allowing developers to build their own custom hardware powered by the module.

The latest version is called the Raspberry Pi Compute Module 3+ and it’s available for purchase for $25 and up starting today.

It’s the same size and shape as earlier models, but offers much better performance. 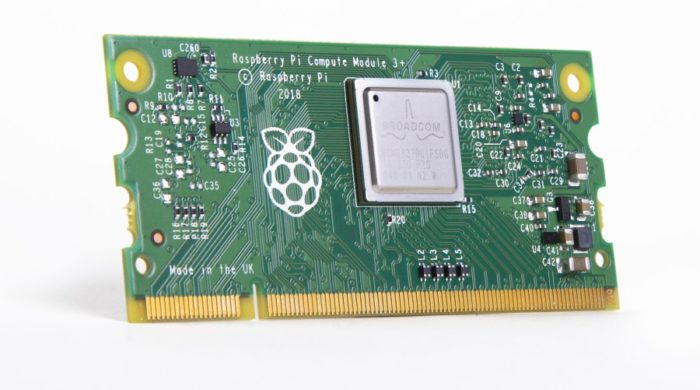 The Raspberry Pi Computer Module 3+ features a 1.2 GHz Broadcom BCM2837B0 ARM Cortex-A53 quad-core processor and 1GB of RAM. Since there’s no microSD card slot, it has eMMC flash storage soldered to the module.

For the first time, Raspberry Pi will offer several different configurations and price points, depending on how much storage you want:

In addition to an application processor, memory, and storage, the Compute Module has interfaces that support up to two cameras, two displays, and other accessories (it actually has more interfaces than a normal Raspberry Pi computer). But you will need to connect it to some sort of board if you want to actually connect anything using a USB cord, HDMI cable, audio cable, or SD card reader… not to mention a power supply. 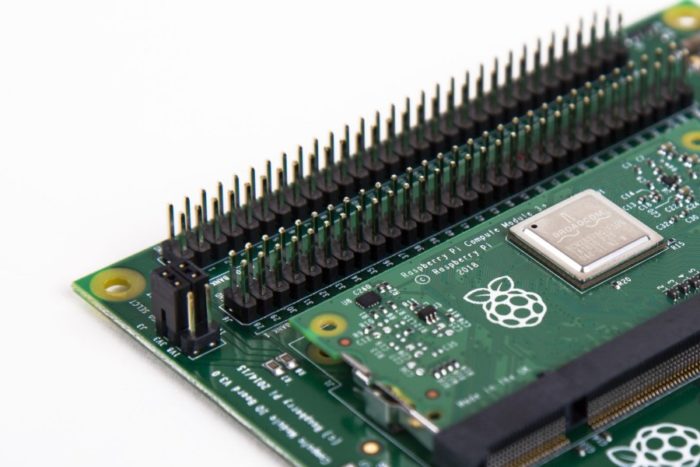 As such, this isn’t a computer aimed at end users. It’s designed for companies or makers/hardware hackers that want a Raspberry Pi-like device but aren’t satisfied with the normal Raspberry Pi Model A, Model B, or Zero computers. Instead you can build your own compatible board and pop in a Raspberry Pi Compute Module.

If you’re not ready to design your own board from scratch just yet, there is also a Raspberry Pi Compute Module 3+ Development Kit that includes a 4GB module, a 32GB module, and a Compute Module IO board plus a bunch of adapters. 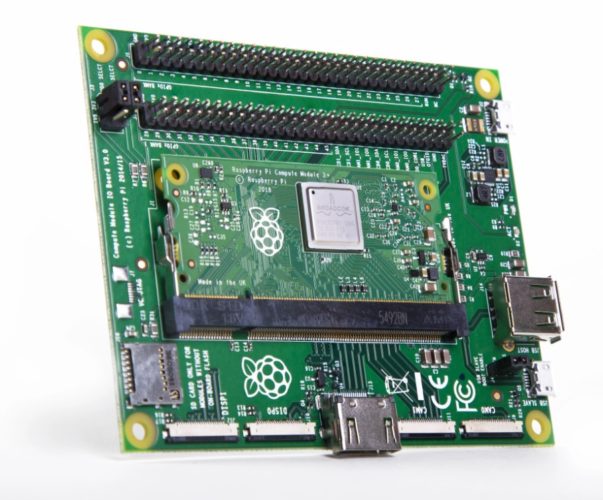 For the most part, the latest model is similar to the Raspberry Pi 3 Model B+, but due to the small size and power constraints in this form factor, the Compute Module versions runs at a lower frequency (1.2 GHz instead of 1.4 GHz).

One reply on “Raspberry Pi launches Compute Module 3+ for $25”