Priced at $25 and up, the new Raspberry Pi Compute Module 4 has the same processor and memory options as last year’s Raspberry Pi 4, but in a smaller package that lakes full-sized ports, but which includes optional support for onboard eMMC storage. 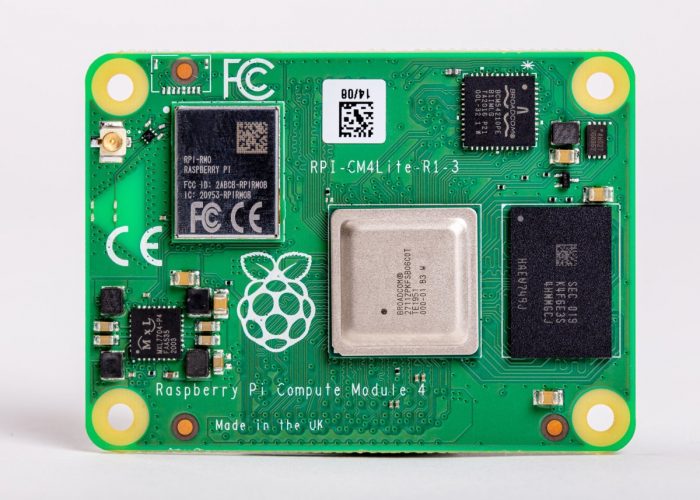 While its big sibling is a general purpose computer designed for use in classrooms, homes, businesses, or just about any other application, the Compute Module is aimed at developers who are looking for a compact solution that can serve as the brains of anything from a DIY digital camera to a commercial digital signage system.

And this year’s Raspberry Pi 4 is the most capable Compute Module to date. It’s also the smallest. 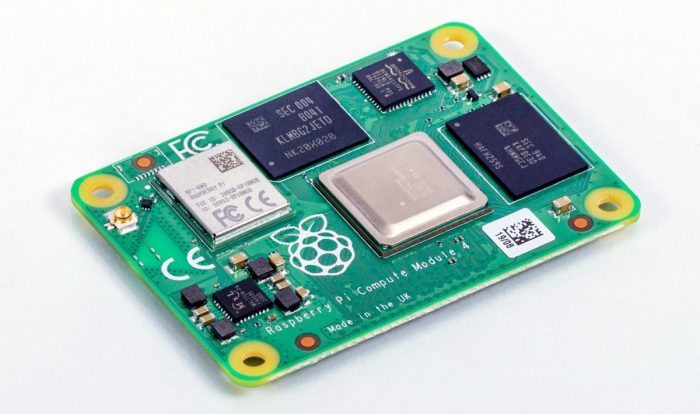 While earlier models were about the size of a stick of DDR2 laptop memory and used the same interface, the Compute Module 4 have two high-density connectors that allows for I/O in a smaller package: the tiny computer board measures just 55mm x 40mm (2.2″ x 1.6″).

If you need full-sized ports, you can connect to an optional IO Board that gives you a Gigabit Ethernet jack, dual full-sized HDMI ports, two USB 2.0 ports, a microSD card reader, PCIe Gen 2 x1 connector, and 40-pin GPIO connector. 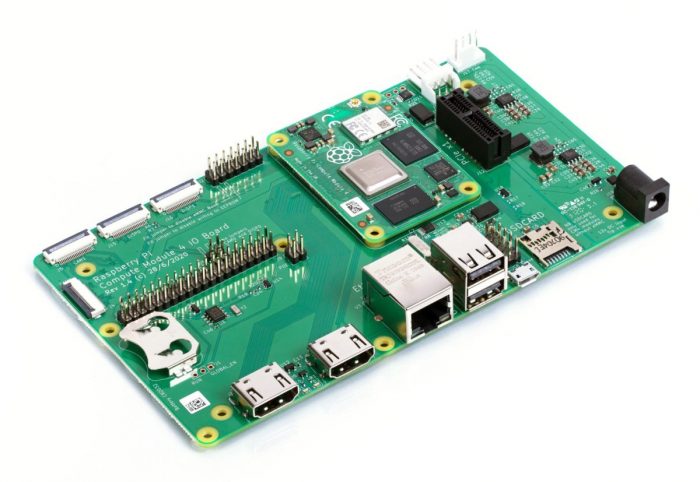 Or you could use adapter boards from third-party companies like Gumstix.

Here are the key specs for the new Compute Module 4:

There are a lot of options that go into determining the price, but in a nutshell what you get for $25 is a Raspberry Pi Compute Module 4 Lite featuring 1GB of RAM, no onboard storage, and no support for wireless.

And you want a Raspberry Pi Compute Module 4 with 2GB RAM, 8GB storage, and wireless support, that will set you back $40 – basically those upgrades (double the RAM, add storage, and add WiFi and Bluetooth) costs $5 each

You can find a complete breakdown of hte pricing near the end of the Raspberry Pi Compute Module product brief. 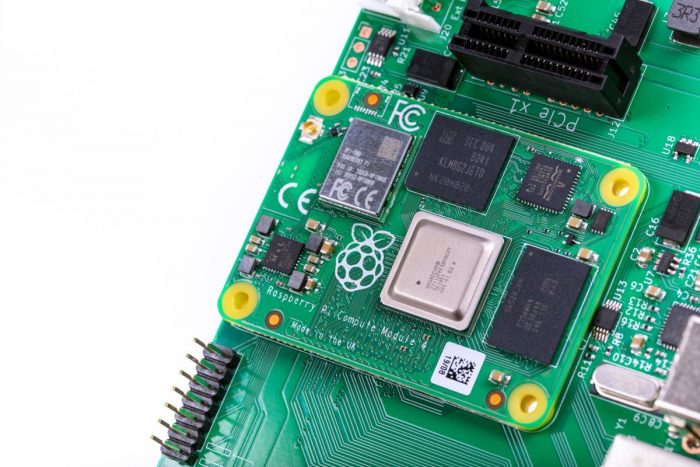 via Raspberry Pi and CNX-Software