The Raspberry Pi is a tiny, inexpensive computer that was originally designed for education institutions. The idea was that if the developers could make a mini PC available for $25 to $35, it would make it easier for teachers and students to learn programming, access the internet, and perform other basic computing tasks.

But ever since the makers of the Raspberry Pi started offering limited quantities to early adopters and hobbyists, people have been doing other things with the little computers — like using them as cheap media center PCs. 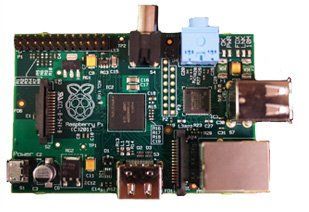 While the Raspberry Pi ships with support for decoding H.264 video, it doesn’t support some other popular video codecs, including MPEG-2 and VC-1. That’s not because the hardware can’t handle those formats, but because the developers didn’t want to drive up the price of the hardware by paying license fees.

Now Raspberry Pi has announced that anyone who wants support for those codecs can pay extra to enable them. An MPEG-2 license is available for $3.79, and VC-1 codec support runs $1.90.

When you buy the license, you’ll receive a download that’s tied to your Raspberry Pi device’s serial number. This solution makes the video format support available to those that want it, while keeping the overall price of the hardware low for those that don’t need it.

The developer behind Raspbmc, an operating system based on XBMC Media Center, says that now that MPEG-2 support is available future versions of the operating system will add personal video recorder features.

Developers are also adding H.264 encoding support for free, and announcing that several of the most popular media-centric operating systems for the Raspberry Pi now include CEC support, letting you control a Raspberry pi computer, an HDTV, and other devices using a single IR remote control.