Raspberry Pi has been selling tiny, inexpensive computers and accessories since 2012. But while Raspberry Pi hardware has become popular with enthusiasts and home users, the organization’s single-board computers were originally targeted at students, educators, and makers.

The new Raspberry Pi 400 is something different: a full-fledged computer stuffed inside a keyboard. It’s basically a modern take on the Commodore 64 and similar personal computers from decades past.

A key difference? The Raspberry Pi 400 is incredibly affordable, with prices starting at just $70. 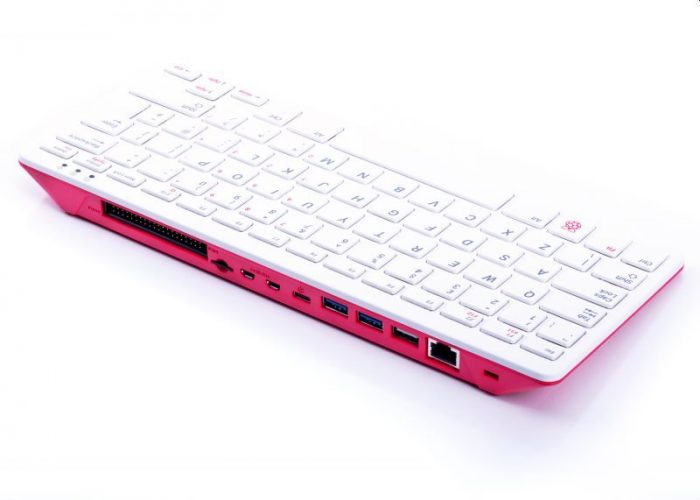 The only thing that’s not included is a display, but you should be able to hook up just about any HDMI monitor or TV.

Under the hood, the Raspberry Pi 400 has the same basic hardware as a Raspberry Pi 4 Model B with 4GB of RAM. The memory, storage, wireless capabilities, and ports are the same – but the board has been redesigned so that all the ports are on one side so that they can all be accessed from the back of the keyboard/computer.

Raspberry Pi also equipped this model with a slightly faster processor clocked at 1.8 GHz rather than 1.5 GHz.

That means Raspberry Pi HATs and other accessories probably won’t fit. But it would have been tough to cram them inside the Raspberry Pi 400’s custom case anyway.

Here’s a run-down of the new computer’s key specs:

CNX-Software also has a teardown that gives you a look at the new motherboard and the computer’s large heat spreader (which allows for fanless performance).