The Raspberry Pi Foundation’s latest single-board computer has the same $35 starting price as every Raspberry Pi Model B device launched since 2012. But the new Raspberry Pi 4 Model B is a big upgrade over the Pi 3 which was released three years ago.

It has a more powerful processor, a USB Type-C port for charging, two micro HDMI ports for connecting up to two 4K displays, and support for USB 3.0. 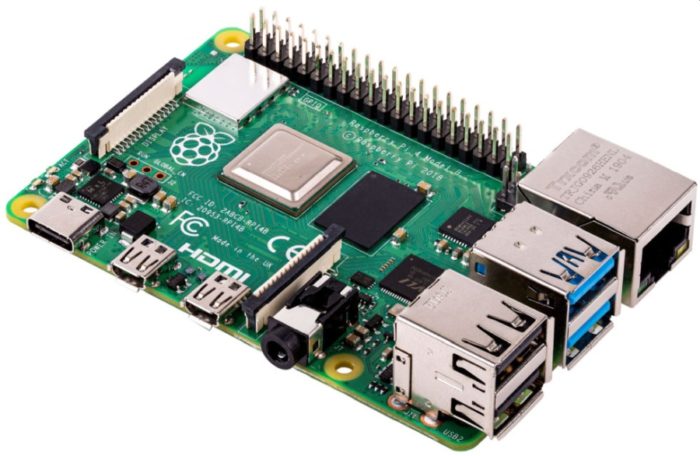 Here are some of the key features for the Raspberry Pi 4:

Raspberry Pi says the little computer should be able to drive two 4K displays at 30Hz or a single 4K display at 60 Hz with support for H.265 4K/60 video decoding. 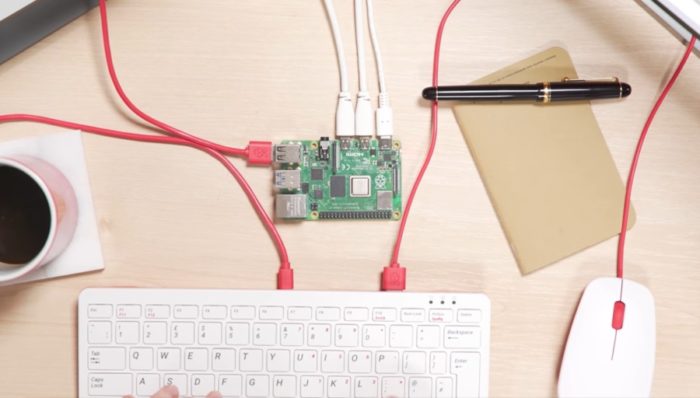 Other upgrades include the move from Bluetooth 4.2 to Bluetooth 5.0, the move from a 1.4 GHz Arm Cortex-A53 processor to a 1.5 GHz Cortex-Z72 chip with a new GPU, and dual micro HDMI ports instead of a single full-sized port.

That last change will make it easier to connect multiple displays… but it also means that despite the new Raspberry Pi having the same physical dimensions as its predecessors, it has a new layout (the Ethernet and USB ports have also moved), so cases built for older versions of the 85.6mm x 56.5mm computer won’t accommodate the new model.

There’s a new 2-part case priced at $5, but I suspect we’ll see plenty of other third-party and/or DIY versions soon.

But HATs and other accessories that make use of the 40-pin expansion header should work with the Raspberry Pi 4.

The folks at TechRepublic have published a review of the Raspberry Pi 4 running a pre-release version of the Raspbian operating system that’s been updated to support the new hardware. For the most part, the new model seems like a major upgrade, and it’s undoubtedly the fastest Raspberry Pi to date.

While this might be the first version of a Raspberry Pi that’s arguably fast enough to use as a real desktop computer, note that the $35 – $55 price tag doesn’t include everything you need to get started. You’ll also want a microSD card for storage, a power supply, and other accessories (such as a mouse, keyboard, and display).

Want to get most of those things in one kit? The new Raspberry Pi 4 Desktop Computer Kit sells for $120 and includes a Raspberry Pi 4 Model B with 4GB of RAM, a keyboard, mouse, and power supply, a case, two micro HDMI to HDMI cables, and a 16GB microSD card loaded with software plus a user guide.