A few weeks ago Swedish site SweClockers reported that a Raspberry Pi 3 was on the way. Now it looks like we have confirmation… courtesy of the FCC. 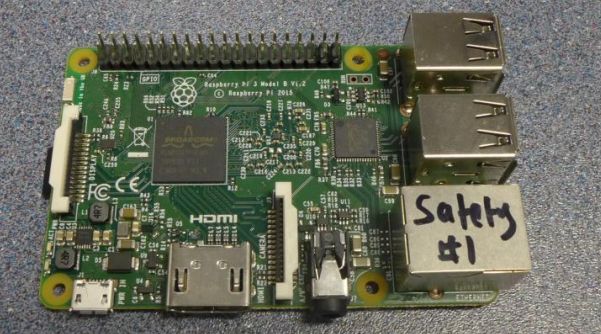 A listing for the Raspberry Pi 3 just showed up, and while there isn’t a description of new features, there are a few things we know for certain:

Up until recently, some Raspberry Pi single-board computers have had Ethernet jacks while others have not. But none have had on-board wireless support. If you wanted to connect to a wireless network or Bluetooth devices, you needed to attach a wireless adapter to one of the available USB ports.

Based on the FCC documents, it looks like the new Raspberry Pi 3 does support Bluetooth and WiFi, but it only seems to support 2.4 GHz networks, not 5 GHz. That suggests it’ll support 802.11n, but not the faster 802.11ac standard.

Update: A leaked ad for the next MagPi magazine suggests the Raspberry Pi 3 will also have a 1.2 GHz, 64-bit processor, making it the first Raspberry Pi device to have a 64-bit chip.

Judging by pictures posted to the FCC website, the Raspberry Pi 3 looks nearly identical to version 2. It has HDMI and Ethernet jacks, four USB ports, a microSD card reader, and a 40-pin connector.

There’s no word on how much the new Raspberry Pi 3 will cost, or if there are any changes to the processor, memory, or other specs. But the Raspberry Pi foundation does have a habit of keeping the base price for its flagship products at about $35.