There’s nothing stopping you from plugging a USB camera into a Raspberry Pi mini-computer. But if you want a camera that’s tailor made for the $35 computer, the wait is almost over.

The Raspberry Pi Foundation announced earlier this year that work was underway on a camera board that connects to the unused CSI pins on the Raspberry Pi. Now their hardware partners at RS Components are showing off a prototype that’s very similar to the finished production module which should go on sale in early 2013. 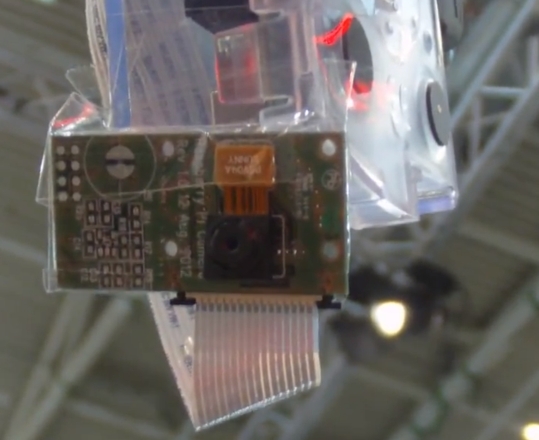 The camera can shoot 5 megapixel photos or record 1080p video at 30 frames per second, using the H.264 codec.

In other words, you can use the camera module to turn a $35 Raspberry Pi into a security camera, video conferencing device, or just a little low power computer that can occasionally snap photos when the need arises.

The camera module should sell for $25 or less when it launches.

In other Pi-related news, the foundation has a new answer to one of the most frequently-asked-questions: Does it run Minecraft? That answer is… soon. A new version of Minecraft: Pocket Edition called Minecraft: Pi Edition is in the works.