The Raspberry Pi might not be the only game in town anymore when it comes to cheap, developer-friendly, single-board computers. But the little British group that wanted to offer an affordable, low-power device that schools could use to teach kids about computers has managed to sell 1.75 million devices in the past year and a half. 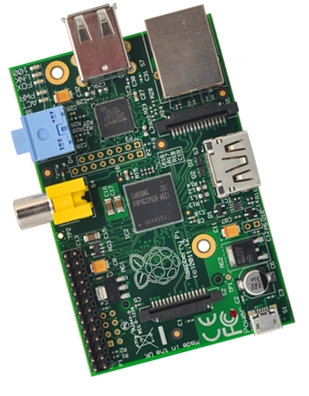 Both are powered by 700 MHz Broadcom BCM2835 ARM11 processors and use an SD card slot for storage. You can run a number of different Linux-based operating systems on a Raspberry Pi, and while the little computer isn’t even as fast as most entry-level Android phones these days, it can handle HD video playback, web browsing, and other light tasks.

It’s also a platform for learning how to build hardware and software. Folks looking for a cheap device to use as a PC or media center can find plenty of solutions with more processing power (and which don’t require you to build or buy a case separately). And folks looking for more powerful developer boards also have plenty of options.

But bigger isn’t always better, and in the case of the Raspberry Pi one of its most attractive features is the large community of developers and hobbyists that have been working to make the device more and more useful over the past few years.

It’s likely that the Raspberry Pi team will release an updated version with a faster processor at some point, but there’s still a lot of life left in the 1.75 million units shipped to date.