Chinese device maker Ramos is selling a new tablet with a 9.4 inch display, an aluminum case, and a 1.4 GHz Samsung Exynos 4412 quad-core processor with Mali 400 graphics. In other words, if you take the guts of a Samsung Galaxy S III smartphone and throw them into a tablet with a screen slightly smaller than Apple’s iPad, you’d have something like the Ramos W42.

PandaWill sells the tablet for $247, although I’ve seen prices as low as $218 from other stores I’m less familiar with. 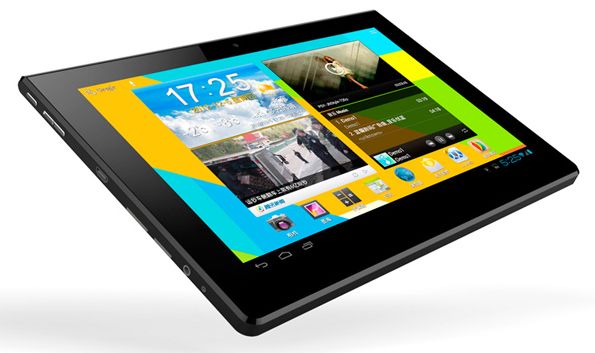 The Ramow W42 has 1GB of RAM, 16GB of flash storage, and a 1280 x 800 pixel IPS display with 178-degree viewing angles. It has a capacitive touchscreen with support for 10-point multitouch, WiFi, Bluetooth, a 2MP rear camera, and a 0.3MP front-facing camera.

In a lot of ways, the Ramos W42 reminds me of the Hyundai T7 tablet, which has similar specifications but a smaller 7 inch screen. The Ramos tablet has a higher capacity 5400mAh battery though, which the company says should be good for 6 to 7 hours of run time.

Ramos doesn’t have the name recognition or reputation in the West as some tablet makers (such as Samsung or Asus), but Pandawill does offer a limited 12-month warranty, so if you get a clunker there’s a chance you may be able to get it replaced or repaired.