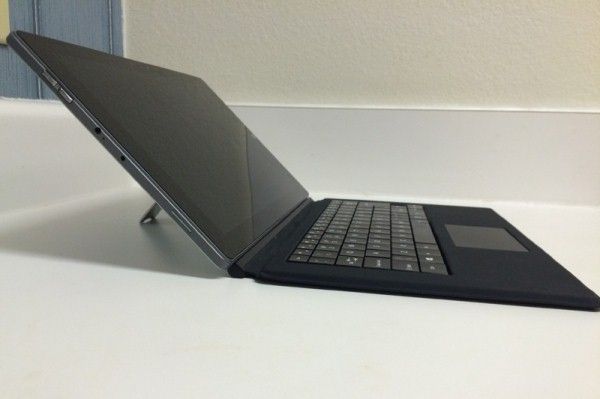 There’s also a kickstand on the back of the tablet which make it easy to prop the system up on a table or desk. And there’s a keyboard cover that lets you use the tablet like a notebook.

Ramos has released a number of Android and Windows tablets over the past few years, but up until recently most had featured ARM-based chips or Intel Atom Bay Trail processors. The Ramos M12 is the first to feature an Intel Core processor.

While the Core M-5Y70 is a low-power chip with a TDP of just 4.5 watts, it’s a dual-core processor with turbo speeds up to 2.6 GHz and a 14nm design based on Intel’s Broadwell architecture. It won’t be as fast as the U-series Broadwell chips unveiled this month, but it should offer significantly better performance than you’ll get from an Intel Bay Trail chip.

Ramos hasn’t yet revealed the price or launch date for the M12 tablet.