Once upon a time tablets aimed at gamers had touchscreen displays surrounded by gaming buttons so you could hold the tablet in two hands while playing it like a giant Gameboy or PlayStation Portable.

These days companies are taking a different approach. The NVIDIA Shield Tablet is aimed at gamers… but the 8 inch tablet has a touchscreen display and no special gaming buttons. Instead NIVDIA offers an optional wireless gamepad. 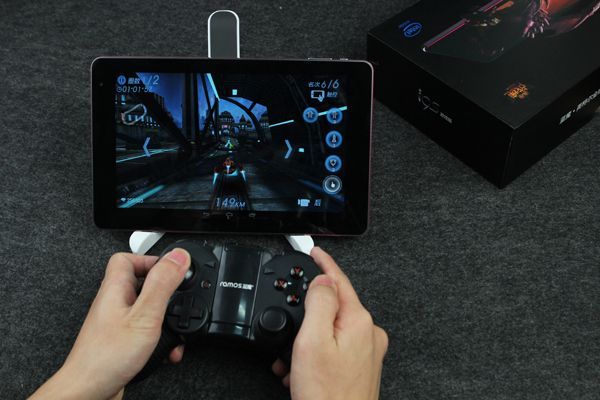 But what really makes this tablet a Gaming Edition device are the bundled accessories. It comes with a Bluetooth game controller and a stand that lets you prop up the Ramos i9s Gaming Edition tablet while you’re playing.

While the Intel Atom Z3735F isn’t the fastest mobile chip on the market, it scores pretty well in benchmarks and should have enough power to handle most modern Android games.

The Ramos i9s Gaming Edition tablet is available from Chinese retailer JD for about $255. There’s no word on if or when this model will be sold internationally.