The Radxa Zero is a single-board computer with a quad-core ARM Cortex-A53 processor, support for up to 4GB of RAM, and up to 128GB of eMMC storage plus a microSD card reader.

Measuring 65mm x 30mm, the tiny computer is exactly the same size as a Raspberry Pi Zero W.  But Radxa’s version has a significantly faster processor and more configuration options, all of which is unsurprising since it’s launching four years after Raspberry Pi first introduced its tiny computer. It’s available for purchase for around $16 to $86 depending on the specs. 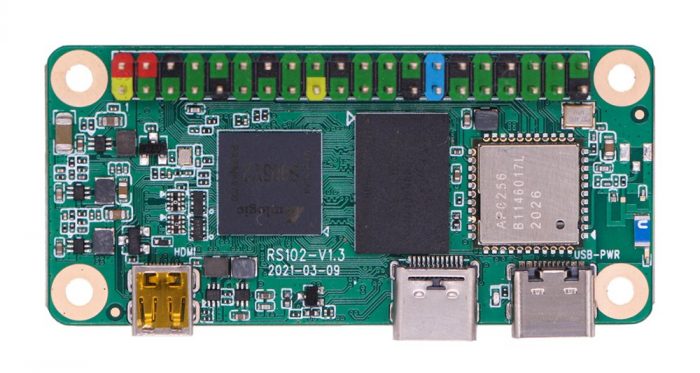 Radxa first introduced the Radxa Zero in June, and the little computer features a micro HDMI 2.0 port for video output, a USB 3.0 Type-C host port and USB 2.0 Type-C OTG port for power and data plus a 40-pin GPIO header.

The $15 starting price will get you a model with 512MB of LPDDR4 memory, a wireless card with WiFi 4 and Bluetooth 4 support, and no built-in storage. But Radxa will offer several different pricing/configuration options: Android 9 is also said to be “running very well” on models with 2GB or 4GB of RAM.