Single-board computer maker Radxa has introduced a new computer-on-a-module featuring a Rockchip RK3566 processor and support for up to 8GB of RAM and 128GB of eMMC storage.

It’s called the Radxa CM3 and if the name sounds familiar, that’s because this 55 x 40mm module is designed to be a drop-in replacement for Raspberry Pi’s Compute Module 4. 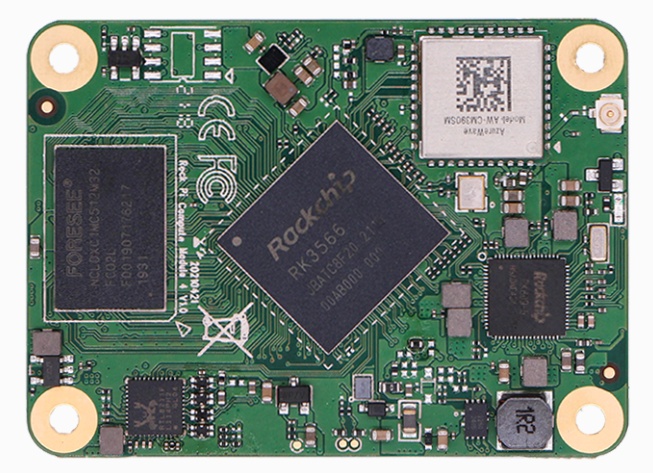 But Radxa’s board may still be more versatile in a few key ways: 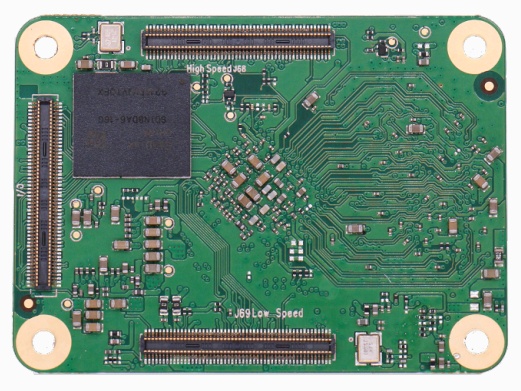 Radxa says it’s tested its new module with multiple carrier boards designed for the Raspberry Pi CM4 and found that they work well without any modifications. But since the Radxa CM3 has some features the Raspberry Pi CM4 lacks, you may need an additional board to take full advantage of them.

Or you can buy one of Radxa’s carrier boards. The company will offer a compact 65 x 56mm E23 board with dual Ethernet ports, USB 3.0 and USB-C and A/V ports, and a half mini ITX-sized board that measures 170 x 85mm and features more ports, breakout pins, and much more. Radxa says it should fit in a standard ATX case.

While Radxa hasn’t announced a release date for its CM3 yet, developers interested in can apply for a chance to get a free beta hardware kit. When the CM3 does go on sale, prices are expected to range from $25 for a model with 1GB of RAM, no storage, and no wireless capabilities to $90 for a version with 8GB of RAM, 32GB of storage and support for WiFi 5 and Bluetooth 5.0.

The company is promising long-term availability, with a guarantee that you’ll be able to purchase the device through at least September 2029.

via Radxa Community and CNX Software