There are dozens of Android-powered media center boxes on the market, most with low-power ARM processors from companies such as Rockchip, Amlogic, or Allwinner. But the Qubi Media Center is an Android TV box with the same chip found in the HTC One and Samsung Galaxy S III smartphones.

The Qubi is powered by a 1.7 GHz Qualcomm Snapdragon 600 quad-core processor with Adreno 320 graphics. The rest of the specs are pretty nice too, including 2GB of RAM, 16GB of storage, an IR receiver, WiFi, Ethernet, and USB 2.0 and 3.0 ports.

There’s a catch though — the Qubi isn’t exactly ready to ship yet. The developers of the project are hoping to raise half a million dollars on Kickstarter in order to build and ship Qubi boxes. 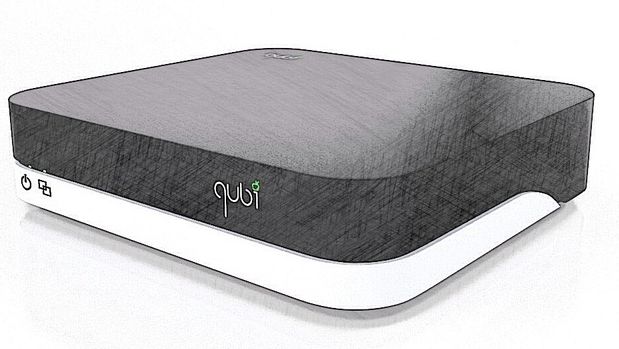 The idea is to deliver a $149 box that’s both a game console and a media center. It can handle most Android games as well as most Android meia apps including Netflix, YouTube, Hulu Plus, and Pandora.

The box also features a custom user interface to make Android easier to navigate on a TV.

The device also comes with a wireless remote which features a QWERTY keyboard on the back and air mouse capabilities. You can also use its built-in mic for Android voice commands or to make voice calls over Skype or other internet telephony services.

While it doesn’t ship with a game controller, you can use a third party USB or wireless controller for gaming.

Qubi Console devices should ship to backers in July, 2014 if the project meets its goal. If it doesn’t, the project won’t be funded at all.

Overall the hardware sounds pretty great — but $149 is a lot of money to spend today on a device that won’t ship for half a year… when the Android TV box space could look very different.