Quanta doesn’t sell devices under its own brand name, but it’s one of the biggest manufacturers of notebooks and other devices sold by big name companies. The prototype tablet on display at the Computex trade show could be a sign of things to come if anyone contracts with Quanta to slap another name on the tablet and sell it. 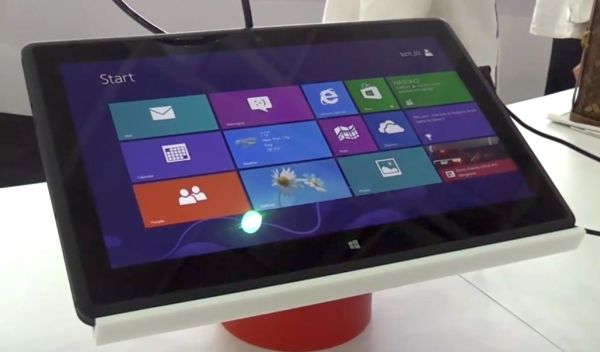 Mobile Geeks got a chance to check out Quanta’s reference design, and reports the tablet has an 11.6 inch, 1920 x 1080 pixel touchscreen display with wide viewing angles, front and rear cameras, up to 128GB of solid state storage, a decent range of ports, and Windows 8 software.

Models with lower resolution, 1366 x 768 pixel displays may also be available for as little as $300, while 1080p versions will probably cost a little more.

The tablet seems pretty zippy considering the fact that it’s powered by a processor with a 3.9 watt TDP.

The AMD A4-1200 chip is one of the lowest-power chips AMD offers. It’s a 1 GHz dual-core processor with 1MB of L2 cache and Radeon HD 8180 graphics with a GPU clock speed of 225 MHz. It’s designed to compete with Intel’s Atom or Celeron processors.