It looks like Broadcom’s offer to acquire Qualcomm isn’t falling on deaf ears.

In November Broadcom said it wanted to buy the rival chip maker in a deal worth about $130 billion. Qualcomm said no.

In a nutshell Qualcomm said the offer undervalued the company’s worth. But Broadcom made another offer, which was also rejected. And then the two companies met this week.

Now Qualcomm says it’s still rejecting the latest offer… but the company is hinting that it could be open to a higher bid. 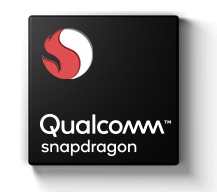 Qualcomm’s Board of Directors sent a letter to Broadcom, and released a copy to the public.

While Qualcomm says the current offer still undervalues the company and poses too much risk for shareholders, the board says it’s “intensely focused on maximizing value for Qualcomm stockholders, whether through executing on its growth strategy or by selling the company” and that “our board is open to further discussions with Broadcom…”

It’s unclear if that’ll happen, since Qualcomm appears to not only be holding out for more money, but also for a higher breakup fee that would be paid out if the acquisition fails to go through, among other things.

But it does look like there’s at least a chance that two of the world’s largest players in the chip space could eventually become one.