It’s been more than two years since Qualcomm has released a new chip designed for smartwatches, and that chip (the Snapdragon Wear 4100 and 4100+) is starting to show its age.

Now Qualcomm has unveiled a new Snapdragon W5 and W5+ processors that the company says should be up to twice as fast, while consuming half the power. 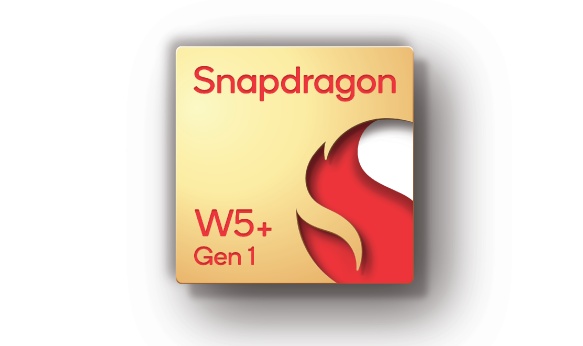 The announcement come hours after Evan Blass leaked some of the marketing materials showing off specs and features for the new processors.

According to those documents the new Qualcomm Snapdragon W5 and W5+ Gen 1 chip will deliver up to a 50% improvement in power efficiency and a 30% reduction in physical size. Meanwhile the chip is said to offer 2X the overall performance as well as improved wireless, sensor, and camera capabilities as well as support for integrated speakers.

Interestingly, the new chip still has four ARM Cortex-A53 processor cores, just like the Snapdragon Wear 4100+, but just about everything else has been upgraded. The GPU is now a 1 GHz Adreno A702 graphics processor, up from the previous-gen 320 MHz Adreno A504 GPU. The Core M-series co-processor has been upgraded from a 50 MHz Cortex-M0 to a 250 MHz Cortex-M55. And there’s a new Ethos-U55 machine learning co-processor.

Qualcomm says the improved efficiency comes from a combination of factors including the move to a 4nm manufacturing node, support for Bluetooth 5.3 low-power wireless connectivity, support for deep sleep and hibernate states, and the ability to offload motion sensing, biometric tracking, and other functions to the M55 and U55 processor cores. There’s also support for low-power audio and speech recognition.

Qualcomm says some of the first watches featuring Snapdragon W5 series chips will include the upcoming Oppo Watch 3 and a next-gen Mobvoi TicWatch, which are expected to ship in August and later this fall, respectively.