Qualcomm is boosting the speeds for its most affordable smartphone processors. About a year after launching the Snapdragon 210 and 410 chips, Qualcomm is updating its lineup with new Snapdragon 212 and 412 models.

The new chips are based on the same architecture as their predecessors, but offer faster clock speeds and a few other improvements. 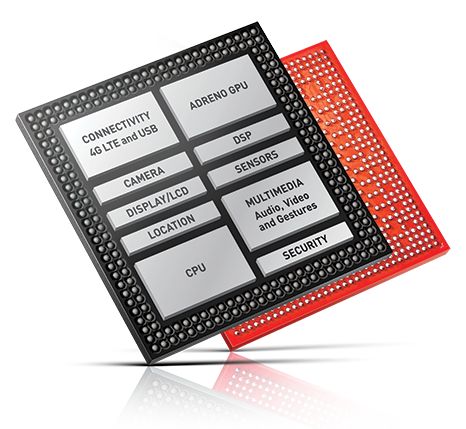 This entry-level chip is a 28nm quad-core ARM Cortex-A7 processor, just like last year’s model. But it features CPU speeds up to 1.3 GHz, rather than 1.1 GHz.

Other features are pretty much unchanged, including Adreno 304 graphics, an integrated X5 LTE global modem, support for 802.11n WiFi, Bluetooth 4.1, Qualcomm Quick Charge 2.0 support, cameras up to 8MP and displays up to 1280 x 720 pixels.

Like the Snapdragon 410, this new chip for mid-range phones and tablets is a 28nm ARM Cortex-A53 quad-core processor. But the top clock speed has been increased from 1.2 GHz to 1.4 GHz per core.

Memory bandwidth has also been increased from 533 MHz to 600 MHz.