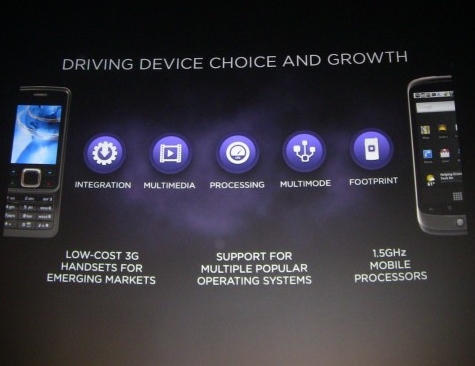 Qualcomm is working on a new 1.5GHz dual core Snapdragon chipset. We’ve known that for a while. What we also know now is that it won’t ship in 2010. Instead, Qualcomm says it it probably won’t be out until close to the end of 2011.

On the other hand, we should start seeing devices with 1.2GHz Qualcomm Snapdragon processors in the first quarter of 2011. The new 1.2GHz chip should be a bit snapper than the 1GHz Snapdragon processor powering phones including the Google Nexus One and HTC Incredible as well as the Compaq Airlife 100 smartbook.

There’s also a dual core version of the 1.2GHz CPU which will be released during the first half of 2011.

via Netbook News.de and Slashgear