Qualcomm’s next chip for flagship phones will start to arrive before the end of the year. But in the grand scheme of things, the recently-announced Snapdragon 8 Gen 2 represents a relatively modest update when compared with Qualcomm’s next-gen processors which may start to arrive in 2023 and 2024.

And now the chip maker has given the CPU cores that will power those next-gen chips a name: Oyron. 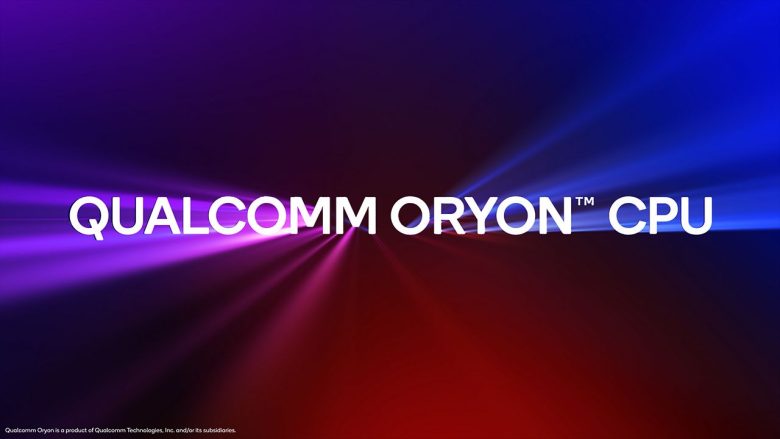 In a nutshell, Oryon CPU cores will replace the Kryo cores used in Qualcomm’s current chips. But this isn’t just a name change.

For the last few years Kryo cores have been largely based on designs licensed from ARM, like Cortex-X3, Cortex-A715, and so on. But Oryon CPU cores will be made using custom designs thanks to the expertise and technology Qualcomm scooped up when it acquired chip designer Nuvia last year.

The goal is to build chips that better compete with high-performance processors from Apple, AMD, and Intel. So while Oyron CPU cores will eventually find their way to smartphones, automotive systems, virtual reality, and other places, it’s noteworthy that Qualcomm suggests the first place your see Oryon is in PC chips.

There are already a number of Windows on ARM computers on the market that are powered by Qualcomm chips like the Snapdragon 8cx series. But for the most part they tend to struggle to compete with Intel or AMD-powered computers. Apps that are designed to run natively on ARM chips tend to perform well, but fire up an app designed for x86 architecture, and the computers tend to struggle due to the overhead that comes with emulating x86 architecture on an ARM chip.

It doesn’t necessarily have to be that way though. Apple has been delivering desktop and laptop chips for the past few years that outperform x86 processors in performance-per-watt even when emulation is involved in order to run older apps that haven’t been updated to run natively on Apple Silicon.

And Nuvia – that company that Qualcomm acquired to work on its Oryon CPUs? It was founded by former Apple employees who may know a thing or to about optimizing ARM processors.

For now Qualcomm isn’t saying much about what to expect in terms of performance from Oyron. But given the hype that’s been building up, there’s certainly some pressure to deliver chips that will help make Qualcomm processors more competitive in the PC space.